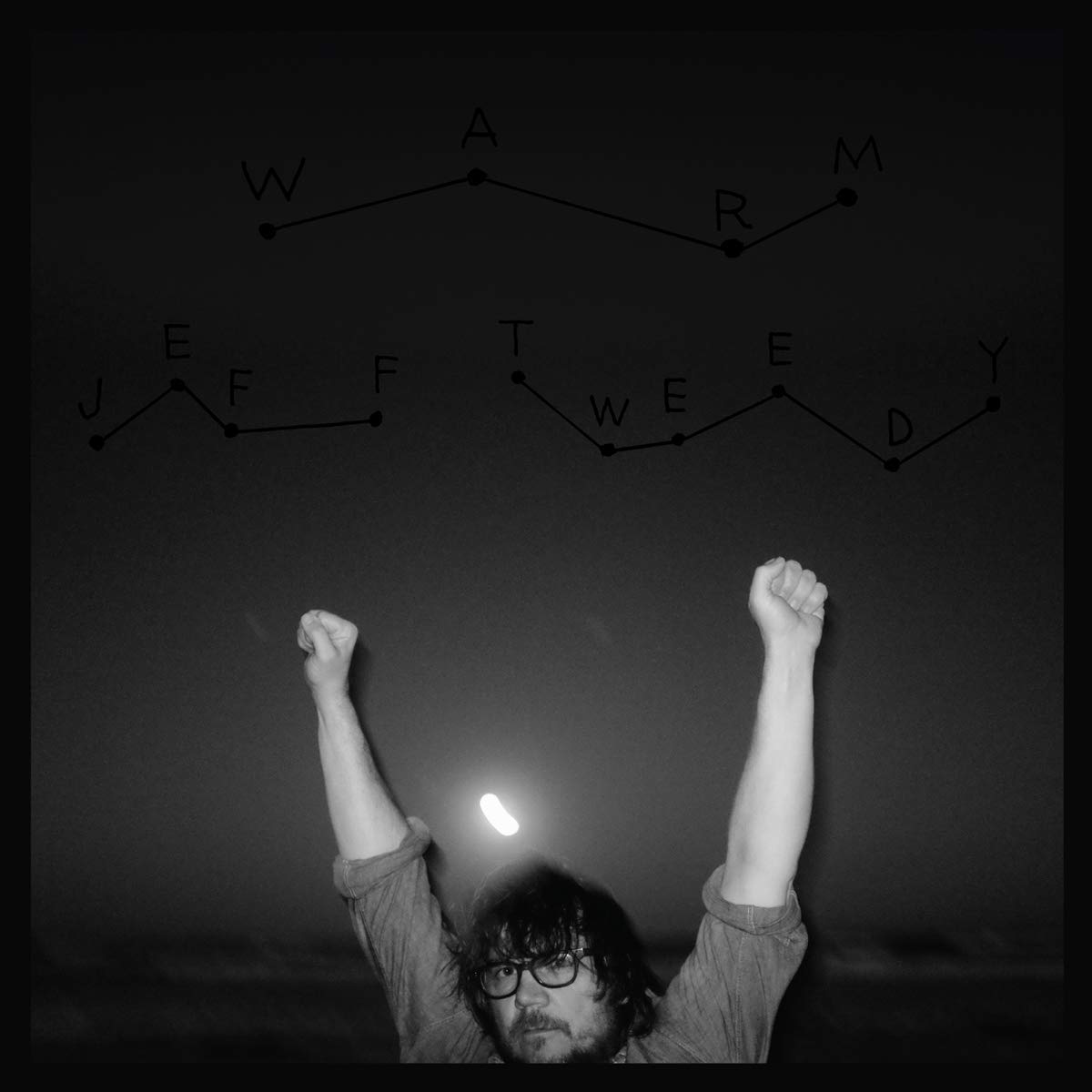 Fire Note Says: Jeff Tweedy, of Wilco and Uncle Tupelo, delivers a singer/songwriter solo turn that touches base with his roots rock/alt country origins.
Album Review: One of the factors that attracts us to a certain writer, artist or musician is an ineffable sense that they have something in common with us, a connection, an empathetic understanding. When an artist is described as an “everyman,” whether it’s a Bruce Springsteen or a Tom Petty, there’s that sense that this person writes about their particular experiences in a way that feels true, relevant, and universal. Jeff Tweedy captures that exact sensibility on his new solo album with songs like “I Know What It’s Like,” an assurance to his audience that he too knows what it’s like “to not feel love,” that he feels what we sometimes feel, that we’re not alone.
Tweedy, of course, has been honing this art of connection for a long time, both as the principal creative force in the band Wilco, one of alternative rock’s most prestigious acts, and before that as a part of Uncle Tupelo, the seminal roots rock/alt country band. Tweedy’s new solo album is being described as his first album of original songs apart from Wilco, although his 2014 album, Sukierae, which like the new one includes his son Spencer on drums are all original songs, many chronicling in one way or another his family’s dealing with his wife’s treatment for cancer. WARM arrives, the marketing teams keep telling us, as a quasi companion piece to Tweedy’s recently released memoir, “Let’s Go (So We Can Get Back).”
A largely acoustic album, and probably the twangiest project he’s released since Wilco’s earliest albums, “A.M.” and “Being There,” Tweedy has reached a stage in life where his father’s death last year and his sons have reached an age so that he wants to pass along some of what he’s learned. In “Don’t Forget,” he tells them “Don’t forget you’ve got a key/Yeah a cosmic key/Oh I love you so much” and then admits, no doubt from his own experience with depression and an addiction of painkillers that sent him into rehab in 2004, “We all think about dying,” before adding, “don’t let it kill you.” He also advises, as good fathers do, “Don’t forget to brush your teeth/Or you’ll have a funny smile/You don’t have to smile at me.”
In “Some Birds,” Tweedy runs a lyric that is nice enough to repeat again in “I Know What It’s Like”: “In my window, I have a twin/I look out, he looks out in.” while in “How Hard It Is For a Desert to Die,” he hears another’s familiar laugh in his own laughter, perhaps a generational family trait. In “Having Been Is No Way to Be,” Tweedy echoes conversations had with fans who preferred his older, pre-sober albums: “Now the people say/What drugs did you take?/And why don’t you start taking them again?” But then recognizes the danger there: “But they’re not my friends/And if I was dead/What difference would it ever make to them?” And on the other hand, in “Let’s Go Rain” he recalls Noah’s flood, while creating a sing-along for the next apocalypse only instead of building an ark this time, he asks, “wouldn’t you rather live/On an ocean of guitars?”
So, the lyrics here are personal, some like “From Far Away,” and “The Red Brick” describe specific incidents with the barest of details, but still capture a tangible emotion that we can relate to. The album’s title track continues the image of that last song, but this time less like a weapon. It’s something that holds heat, “Like a red brick in summer/Warm when the sun has died,” a reference to the song’s only verse where Tweedy advises to put your “Worry into your song/Grow away from your anger,” which perhaps sees one’s art as a place to deal most healthily with the darker emotions we all have.
“I leave behind a trail of songs,” Tweedy sings in the album’s opener, “Bombs Above,” “From the darkest gloom to the brightest sun.” And sometimes, like here on WARM Tweedy’s willingness to face his darker emotions creates a bond, a connection so that the impact of the songs is to lighten one’s load. As he sings in “Some Birds,” he might at times “love to take you down/and leave you there,” but his music often pushes back the darkness in a bond of camaraderie, and manages to lift us back up. Jeff Tweedy has been leaving a trail of songs since all the way back there in Uncle Tupelo, playing and singing his heart out in Cicero’s Basement Bar, and here as then they draw us in, and let us know we’re not alone, that he’s been there too, sure as daylight follows night.
Key Tracks: “Some Birds” / “Let’s Go Rain” / “I Know What It’s Like”
Artists With Similar Fire: Jay Farrar / Jason Isbell / Bottle Rockets
Jeff Tweedy Website
Jeff Tweedy Facebook
– Reviewed by Brian Q. Newcomb