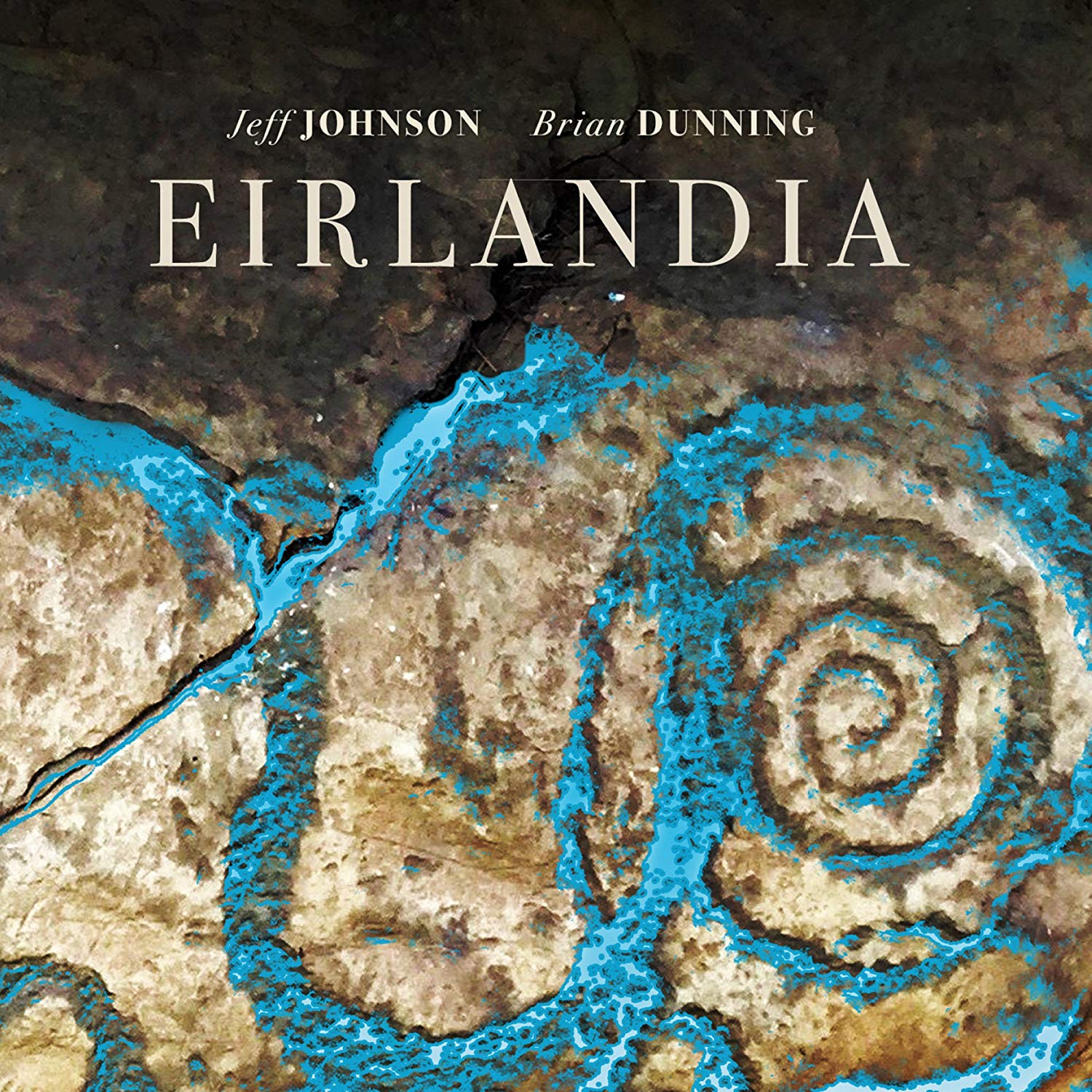 Fire Note Says: Johnson and Dunning’s Celtic flair musical creations are both majestic and heartwarming.
Album Review: Composer and keyboardist Jeff Johnson and flautist Brian Dunning have been collaborating on a unique blend of Celtic contemporary instrumental music for nearly 30 years, often creating soundtracks that are inspired by the fantasy works of fiction author Stephen R. Lawhead. In the early 90’s they made three albums of music to accompany Lawhead’s three books in the “Song of Albion“ series. In the years since they have worked together in a symbiotic relationship, sometimes as musicians inspired by the author’s characters and storylines, like 1996’s Byzantium and 2003’s Patrick: Son of Ireland for which Johnson and Dunning created Byzantium – The Book of Kells & St. Aidan’s Journey (Ark, 2000) and Patrick (Ark, 2003). In addition, on two occasions the musicians recorded albums for which Lawhead wrote original stories that were included in the CD’s cover art: The Music of Celtic Legends – The Bard and the Warrior (Ark, 2001) and Prayers of St. Brendan – The Journey Home (Ark, 1998).
The Celts, or course have ancient roots all across Europe, but in more recent eras have been geographically associated with Ireland, Scotland, Wales, the Isle of Man, Brittany and Cornwall. We hear their music in the traditional recordings of groups like The Cheiftains, and the language kept alive in songs by the Irish rock band, Clannad, and at times even in the early music of U2 and others of Scottish or Irish decent. Brian Dunning is Irish and was a student of James Galway, a virtuoso flute player from Belfast, before studying at Berklee College of Music and joining the Celtic band, Nightnoise which played a mix of traditional Irish music, jazz and chamber music while signed to the Windham Hill label from the mid-80s through most of the 90’s. Jeff Johnson had been making solo albums since the early 80’s, starting out playing progressive rock, but evolving into more of a new age and ambient niche. The duo met and began collaborating in Portland, Oregon, and continued to work together and on other projects after Dunning returned to Ireland.
Eirlandia consists of eight compositions, most running just over 4 minutes, a variety of lush, picturesque instrumentals, some with a rhythm track that suggests horses riding across the countryside, or the fast pace of water running down a mountain crevasse, Johnson’s keyboards laying out the musical textures whether on synth or piano, while Dunning’s flutes and penny whistles offer the melodies. They are joined by Wendy Goodwin, a frequent collaborator as well, on violin, at times playing in harmony with Dunning, and Janet Marie Chvatal, a vocalist who sings wordlessly, at times carrying a counter-melody. Johnson adds appropriate percussion, at times fueling the song’s energetic passion, at others just a quiet sonic framework. Phil Baker plays bass, Roy Salmond, Eric Miller and Tim Ellis add understated guitars where needed, but these earthy instrumentals tend to favor the primary musicians and their chosen instruments.
“Tara Hill” starts with the clanging of metal in the wind, followed by a piano that feels at first like a child’s wind up the bass bubbles up with a jazz vibe, which Dunning matches with a breathy technique on his flute. Eirlandia, has a bolder rhythm track than most, but the piano sparkles like a running stream, while Chvatal’s haunting vocal floats over and Dunning’s lovely flute acts as a wordless narrator, in tandem with Goodwin’s violin. “Tir na nOg” is the old Celtic word for the Otherworld, a nearby dimension extolled in myths and legends, a place where heroes and mystics have gone to prepare for the adventures that await them. There is a song of the same name by the group Celtic Women, but Dunning and Johnson have created a quiet ballad to conjure this world’s pristine “otherness.” These are lush instrumental beds that fuel one’s imagination, or perhaps work as graceful backgrounds when working or reading requires focus.
All of which to say, this is a modest musical niche, one Johnson has carved out with 47 album titles on his own indie label, Ark Music, that has been improved by collaborations with folk like Dunning, and on other albums with guitar virtuoso Phil Keaggy. Here their musical creations are both majestic and heartwarming, with that Celtic flair for the dramatic that is at the heart of any good story.
Key Tracks: “Eirlandia” / “A Wonder Voyage” / “Tara Hill”
Artists With Similar Fire: Nightnoise / The Chieftains / Shadowfax
Ark Music
– Reviewed by Brian Q. Newcomb

Cash Rivers And The Sinners: Do Not Try To Adjust Your Set I Am The Horizontal And The Vertical 2 LP (Black Vinyl | Limited)