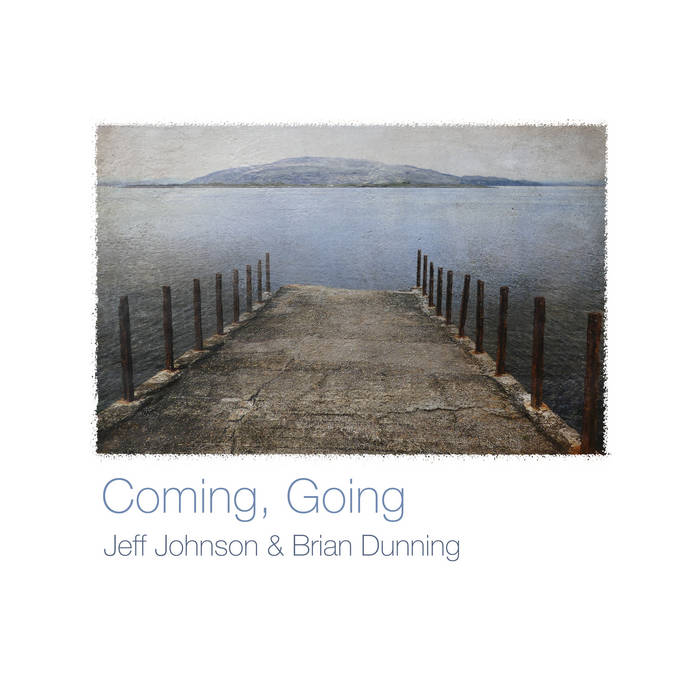 Flautist Brian Dunning, who died last February at the age of 70, had a solid recording career before he collaborated with Jeff Johnson on the Celtic-influenced jazz/new age/progressive instrumental music for the Songs From Albion trilogy in the early 90’s, a series offered as a soundtrack to accompany the fantasy novels of the same name by Stephen Lawhead. Early on, Dunning had been a student of world-renowned Belfast flute player Sir James Galway before studying at Berklee College of Music. In the 80’s and 90’s Dunning recorded and toured with the Celtic new age band Nightnoise, releasing 7 albums on the Windham Hill label.

Over the course of three decades, Johnson and Dunning, along with a variety of other collaborators, including guitarist Phil Keaggy and violinist Wendy Goodwin, recorded 20 or so albums together, including several seasonal Christmas collections. One brush with fame came when their song “Vows,” from the 2000 release, Byzantium – The Book of Kells & St. Aidan’s Journey, was included in the Scorsese film, Gangs of New York, alongside tracks by The Chieftains, Peter Gabriel, and U2.

With the unexpected passing of Dunning, Johnson has collected 31 of the most illustrative tracks from their numerous collaborations into this one collection, and added one new selection, the album’s title track, which he adapted from a spontaneous improvisational recording of Dunning playing in the great “Throne Room” of the fairytale castle, Neuschwanstein, in Fussen, Germany while the duo was on tour in 2010. While I know streaming has made actually paying for music a foreign concept to many, it still seems very generous that Johnson’s Arkmusic has made digital downloads of the 32 track album available for a mere 10 bucks on their bandcamp page.

One place where fans can find the musical soundscapes from new-age, ambient, electronic and other experimental artists is the Public Radio broadcast, Echoes. The shows host, John Diliberto, a long-time fan of Dunning and Johnson, wrote this describing the Irishman’s musicianship, and how well this music holds up “some of it going back 30 years. Through all the recordings, Brian deploys his considerable skills, not only playing flute, but blowing melodies on the pan-pipes on “Nemeton,” or alternating flute with tin whistle for “On Scatha’s Island.” The octopus of Uilleann pipes? No problem for Brian. He could also knock out a mean rhythm on the Irish bodhran frame drum.”

You can hear Dunning offering a breathy approach to flute playing at the intro to “Elder World” and “Silent As the Sun,” but more common is the fluid, melodicism of his approach to the familiar hymns, “Be Thou My Vision” and “Amazing Grace.” Johnson and Dunning keep things interesting, whether offering airy, new age ambient and light jazz or integrating traditional Irish folk music as in “Flight of Ravens,” adding percussion, and occasionally a bit of prog/rock guitar, as on “The Endless Knot.” They are often accompanied by talented violinists John Fitzpatrick or Wendy Goodwin, Tim Ellis on guitars, Janet Marie Chvatal adding voice, and a variety of other supportive players, which inevitably add to the music’s vitality and versatility.

In addition to this massive collection, Johnson has created another collection drawn from his collaborations with Dunning on their seasonal Christmas albums. Winter Songs, includes 17 studio recordings drawing on traditional classics like “Greensleeves,” “Sing, We Now of Christmas,” and “It Came Upon a Midnight Clear,” as well as their original compositions. In addition, Johnson has included 7 live recordings, drawn from their 2010 and 2013 concert tours with violinist Wendy Goodwin. Just once, I was able to get to one of this trio’s winter shows with virtuoso guitarist Phil Keaggy on the bill, and it was a night of gorgeous musicianship, that can now never be repeated, making this collection all the more meaningful, especially at that same low price.

When death takes an artist, it often drives their fans to revisit their work, as many did recently with the unexpected passing of Jeff Beck, but in recent years Prince, Tom Petty, and others. We take these trips down memory lane in thankful remembrance for the music that has touched our lives, and sometimes we’ve discovered music or an artist that we’ve failed to encounter in the regular passing of our days. For long-time fans of Brian Dunning and Jeff Johnson, as well as curious newcomers, these collections provide a real, helpful service.