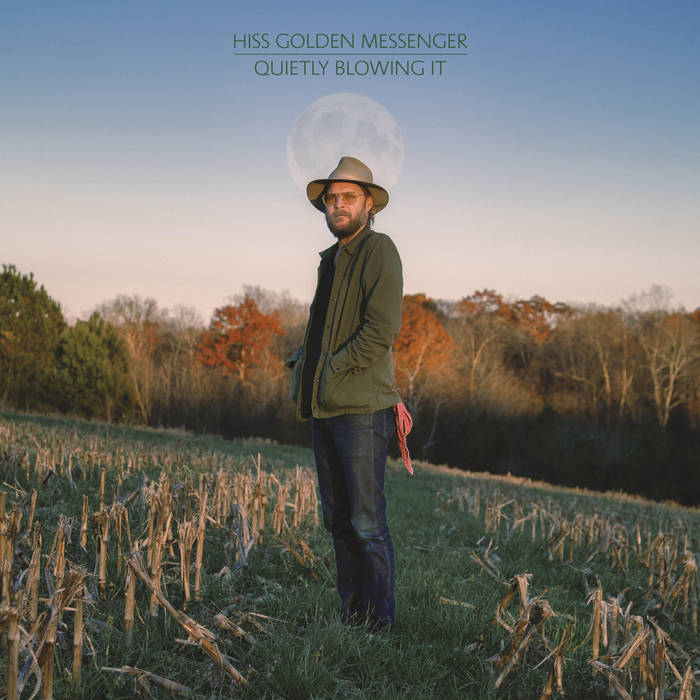 On the current single from his new album, “Sanctuary,” singer/songwriter MC Taylor, a.k.a. Hiss Golden Messenger, gets that the world is a mess right now. “Feeling bad, feeling blue,” he sings, acknowledging that “I know it feels like hell now/‘Til we get to the otherside,” he wants to offer solace and security but “I can’t get out of my own mind.” The best he can do is “sing about it,” and given the warm gospel vibe in the chorus of voices that may just prove to be enough. Like the 2019 release, Terms of Surrender, which found Taylor dealing with grief following the death of his father and the ongoing challenge of depression, the Americana artist allows his music to work as therapy. In “It Will If We Let It” he takes comfort in the fact that we have each other, we are “not alone.” Life is challenging, he sings in “Hardlytown,” where “the world feels broken,” but in “If It Comes In the Morning,” he attempts optimism in the “hope (that) hope is contagious.”

Hiss Golden Messenger has been a vehicle for Taylor’s music since the singer joined up with Scott Hirsh in ‘07, who shows up here playing lap steel guitar, and helping out with the mixes. Taylor’s approach to Americana mixes traditional folk rock a la the 70’s, with smatterings of R&B, gospel, blues, and country, like the touch of honky tonk piano in the ballad “Angels In the Morning.” Throughout Quietly Blowing It, relies on a trick practiced by the likes of Jackson Browne and Neil Young, you can sing about the saddest of the sad feelings and folk will sing along and even dance if you keep the melody bright, and the tempo up. In that regard, Hiss Golden Messenger gets out of its own way, providing the kind of music to lift the spirits of people still challenged by a world ruled by the “Mighty Dollar.” It may not be fair that the “poor man loses and the rich man wins,” but now we have a song with a groove to sing on the way to the protest.