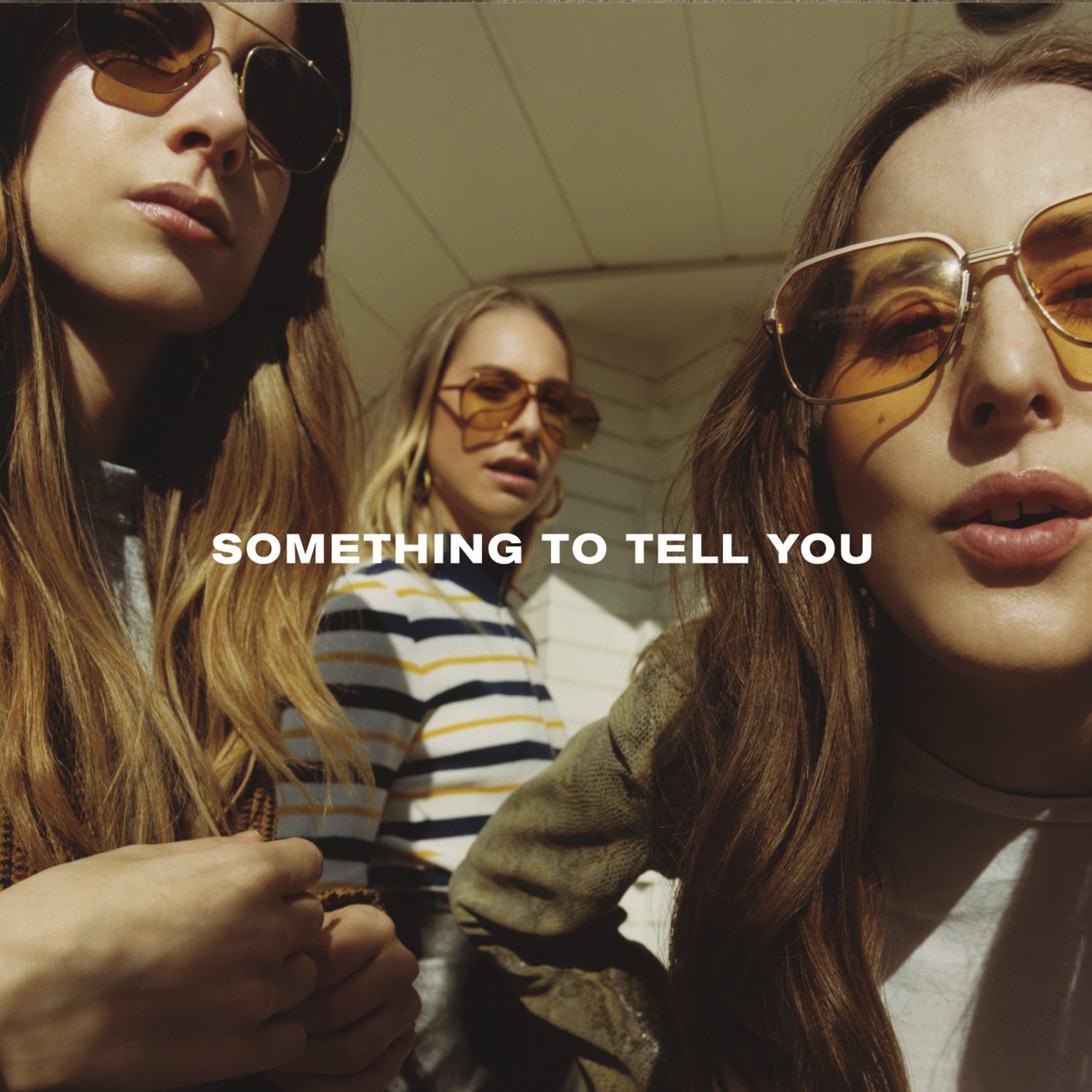 Haim
Something To Tell You
Columbia Records [2017]

Who: Trio of sisters from Los Angeles.
Sound: Guitar-heavy pop music.
TFN Final Take: There’s no doubt that Haim can construct an earworm; they have the talent to tap into the brain chemistry that creates pleasing sensations. This is most evident on the song “Kept Me Crying,” a drum-heavy number that is a nice-change-up on Something To Tell You. It’s a gem hidden in a lot of pop songs that tend to blend into one another. And those tend to resemble the tracks from Haim’s debut. And the similarities are not in only in song construction, but also in lyrical themes. In short, there’s a lot of romantic unrest on this album. I’m sure that sentiment/theme connects with other segments of the population, but it fell flat with me. Next time, it’d be great to hear more depth and evolution in both the sound of Haim and the lyrics they tackle.
Haim Website
Haim Facebook
Columbia Records
– Reviewed by Matthew Heiner