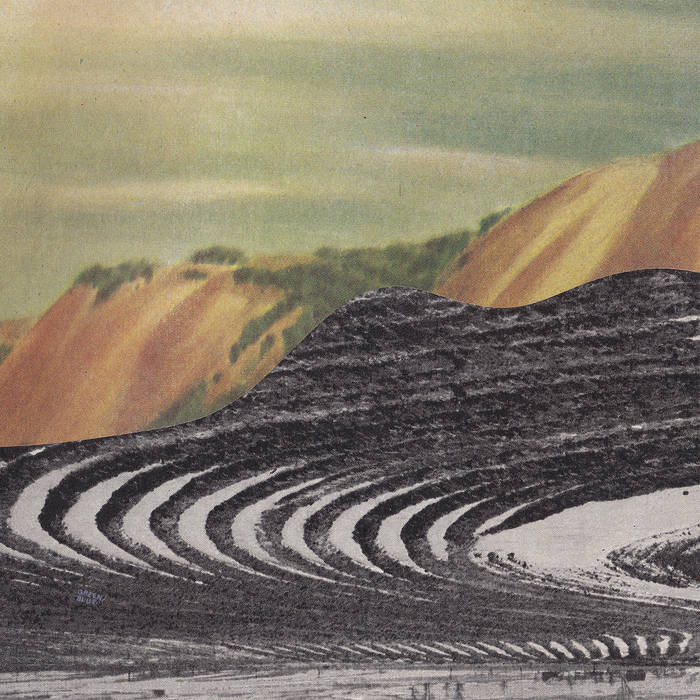 I like it when a band is on a creative streak and they just keep rolling the dice. Minneapolis’ Green/Blue have just done that with their fantastically new dark and pulsing third record, Paper Thin. This album is really a rush because it follows their killer second album, Offering, which was just released on HoZac Records in January. You might think with that short release time between the two that Paper Thin is a sequel to Offering, but it turns out this record is a cooler and even more precise piece of angular lo-fi post punk.

This cloud cover moving in on Green/Blue’s sound is immediate as “In Lies” starts the album with catchy layered vocals that ooze with confidence supported by a rhythmic sharp beat that feels like the tightest but most comfortable jacket you have ever worn! This almost icy vocal delivery is a main stay that works on the album and on “Last One,” the band sounds like they are grasping for their last breathe of air which puts you on the edge of your speakers for the next line. What really stands out on Paper Thin is a slightly heavier sound especially on upbeat rockers like “Gold,” whose drums take off from the beginning while “Moving On” and “Away” are an automatic volume turn up moment during the record. This propulsive approach keeps a foot tapping post-punk flow but also lets in a bit of a darker new wave undertone sound and mood like a Depeche Mode or DIIV.

Green/Blue sound so focused on Paper Thin that its 25 minutes flies by quickly. Melodic grooving guitars around every corner and a never faulting vocal takes the band to a new level. Even on a slower track like “Floating Eye,” the group loom in the shadows with booming bass strums and a vocal that reaches for the surface. Offering already was a solid record but Paper Thin showcases that Green/Blue have an even richer palette of sounds and style that will not let you put this album down!

ARTISTS WITH SIMILAR FIRE
DIIV / The Birthday Party / The Strokes