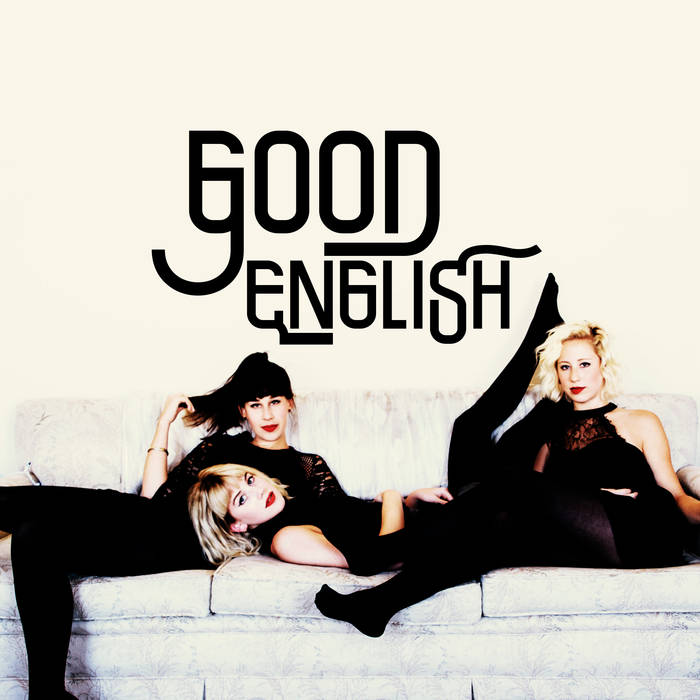 Fire Note Says: Good English is all rock n roll!
Album Review: So what was the last all female rock record you took for a spin that almost knocked you down? Some of you have already yelled out, Sleater-Kinney’s excellent No Cities To Love from last year. For me, that is a solid answer but how many more can you name? My guess is, not that many come to mind which brings me to this three-sister rock group from Dayton, Ohio – Good English. Comprised of Elizabeth, Celia, and Leslie Rasmussen, their new self-titled release oozes a muscular sound that leaves the classic indie history of their hometown for something that is more Joan Jett, L7 and The Joy Formidable all wrapped into one.
Their sound is driven from several angles with Elizabeth’s vocals leading the way. Her deeper register hits these grinding notes that can quickly explode as fast as a bell on a high striker. This of course is supported with drummer Leslie’s backing vocals and Celia’s pulsing bass that give each track a powerful depth. Their songs have quick and catchy moments that for sure will pull you in like the group “Ha Ha’s” that keep “On The Run” moving while during “Girl,” the trio goes into a spiraling vocal duel interplay that reminded me of Veruca Salt’s biggest hits. On “Wanderer,” is where I believe Good English separate themselves out from the pack, as it slows things down and guides you through a treacherous music path that you know is just going to wonderfully build and blow up. Guess what – it does! Big bass, big drums, and scorching guitar all blend together perfectly as the amps go up to coincide with Elizabeth’s soaring vocal. 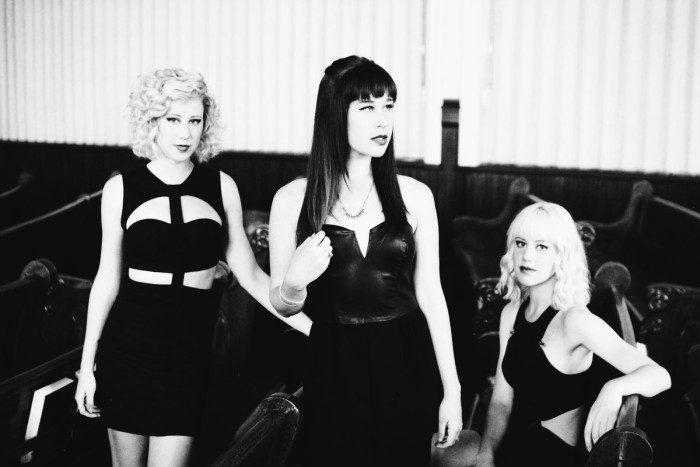 I can almost guarantee you won’t hear many albums like Good English this year. It has touches of classic rock that goes back to the days of Zeppelin and sing along anthems which the Foo Fighters still consistently use today. It almost sounds like a bad thing or cliché to say that these sisters can rock but the honest truth is – Good English rocks for the entire 37-minute running time of their sophomore album. They do not shy away from it, they don’t try to mask it as something else and it is not something new – Good English is all rock n roll and thank God for that!
Key Tracks: “On The Run” / “Wanderer” / “The Fire Walk”
Artists With Similar Fire: Ex-Hex / Joan Jett / Cayetana