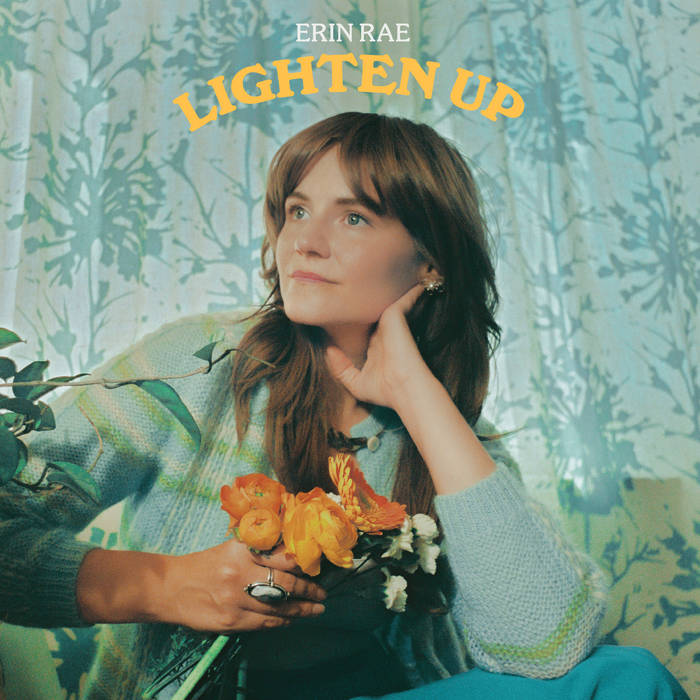 On her third album, Nashville singer/songwriter Erin Rae is making an effort to Lighten Up, with help from her new producer Jonathan Wilson. After establishing herself as a songwriter in the Joni Mitchell school of folk/Americana, Rae works to stretch herself here, bringing that Laurel Canyon touch of psychedelia to give her that cosmic country vibe. In the opening “Candy + Curry,” she sings that “I’m seeing things much clearer than before,” a song that moves from to a slightly Latin beat, while Rae’s voice takes a spacy flight supported by cello and soaring strings. “Can’t See Stars” leans more toward traditional country with a gentle piano bringing a bit of honky-tonk twang to match the pedal steel, while Kevin Morby adds a vocal echo on the choruses. “True Love’s Face” perks up the beat a bit, and that floaty pedal steel is omnipresent while Rae sings the Yoda-esque chorus, “Young it would make me at heart.”

With back up from Drew Erickson, who’s worked with Lana Del Ray, and Jake Blanton, who’s played with Beck and The Killers, together with Wilson and the consistent background vocals of Ny Oh, Rae digs into the punchy pop of “Modern Women,” which seeks to disrupt old stereotypes and lay down “old perceptions.” For “Cosmic Sigh” it’s piano and a lush string arrangement, while the pop country feel of “California Belongs To You” has more of a Linda Ronstadt feel. “Undone” closes out the album with a trippy mix of jazzy percussion and more of that ubiquitous pedal steel, while “Lighten Up and Try” leans back to the folk/pop acoustic sound of her previous outing, Putting on Airs, while revealing that she’s willing to take her sound in new and unexpected directions.