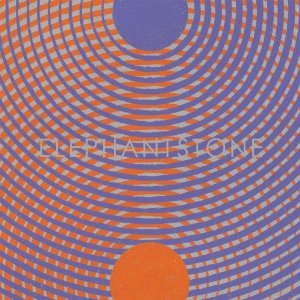 Fire Note Says: Elephant Stone crafts a solid set of psychedelic pop!
Album Review: A lot of band these days have many genre labels like alt-rock, freak-folk, acid jazz, etc. But never have I come across something like this in all my listening experiences- Hindi-rock. Canada’s Hindu influenced psych rockers Elephant Stone comes at us again with their self-titled second album- their first album being 2009’s The Seven Seas. Fronted by Rishi Dhir who has earned quite an acclaim by himself before ever stepping out with Elephant Stone with collaborations that include The Black Angels, Beck, Brian Jonestown Massacre, and others for his unprecedented use of Sitar and other traditional Indian instruments. These same sounds and themes carry over to the album and make for an interesting listening experience.
It’s weird as it seems the album might have to break you in before even touching a Sitar string. The first five tracks seem to have a lot more in common with standard shoe gaze pop then anything I mentioned so far. Opener “Setting Sun” comes forth with driving drums and strum chord sparkle that for its straightforward nature, still manages to have its catchy moments. “Hold Onto Yr Soul” comes across an affectionately plead retro do-wop ballad-harmonizing “Ooooooo’s” over the vocals are included. Where I believe the album to awaken a bit and peak my interest starts with “A Silent Moment.” 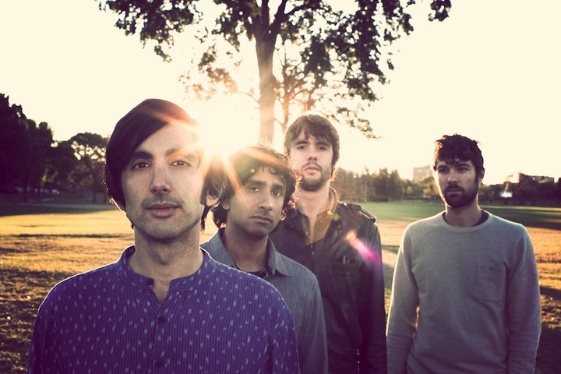 It is here that the music evolves in a bit of complexity as well as almost even spirituality. The low hum of keys carry the song in as it’s then greeted by what I understand to be a Dilruba (traditional Indian string instrument played with a bow). The Hindu tradition really makes its self-know here and presents one of the records most beautiful moments. Fantastic Hindu melodies and chants are accompanied but the tabla (drums, almost bongo like in nature). One thing that Elephant Stone seems to be good at is imbuing their songs with a spacey twinkle and here that really seems to be amplified. With a sinister guitar, spot on beat, and organ lurking beneath vocals. “Looking Thru Baby Blue” has some of the albums dreamiest psych surf like moments, dripping with hazy echo for added effect.
With the beauty of Lakshmi and the ferocity of Durga comes cool instrumental track “Sally Go Round The Sun”. The Sitar is really let loose here with beautiful chord cascades and a beat that plays well. About halfway through the song it becomes a psych, fuzz fire breather that excites and delights. “The Sea of Your Mind” comes warped with mirage crawl psych guitar styling’s, that as the song seems to grow stale, cut out and give way to a 5 minuet Hindi psych jam. It’s a bit hard to explain but vocals harmoniously battle guitars, Sitars battle psych storm, Hendirxian style guitar bends, and it all crashes together in a thoughtful way. Last track, “That Sacred Sound” seems to have more in common with Grizzly Bear and Unknown Mortal Orchestra compared to what came before it. As all the acoustic chord voicing’s seem quite standard it’s what is happening around it all that tie it all together so well and make for a fitting, harmonious end. A string section hovers over all the proceeding that adds so much as chorus affected swim in aquatic bliss.
Elephant Stone’s self-titled second gives the listener something very thoughtful to think about. While it can be straightforward at times, it is a slow starter but many of the tracks are really special. The themes of spirituality, harmony, and love carry this one a long way. Elephant Stone seem that they can only grow stronger as they evolve and that only make me excited to hear what’s going to be next!
Key Tracks: ” A Silent Moment”, “Sally Go Round The Sun”, “The Sea of You Mind”
Artists With Similar Fire: The Black Angels / Teenage Fanclub / Brian Jonestown Massacre
Elephant Stone Website
Elephant Stone Facebook
Reverberation Appreciation Society
-Reviewed by Christopher Tahy