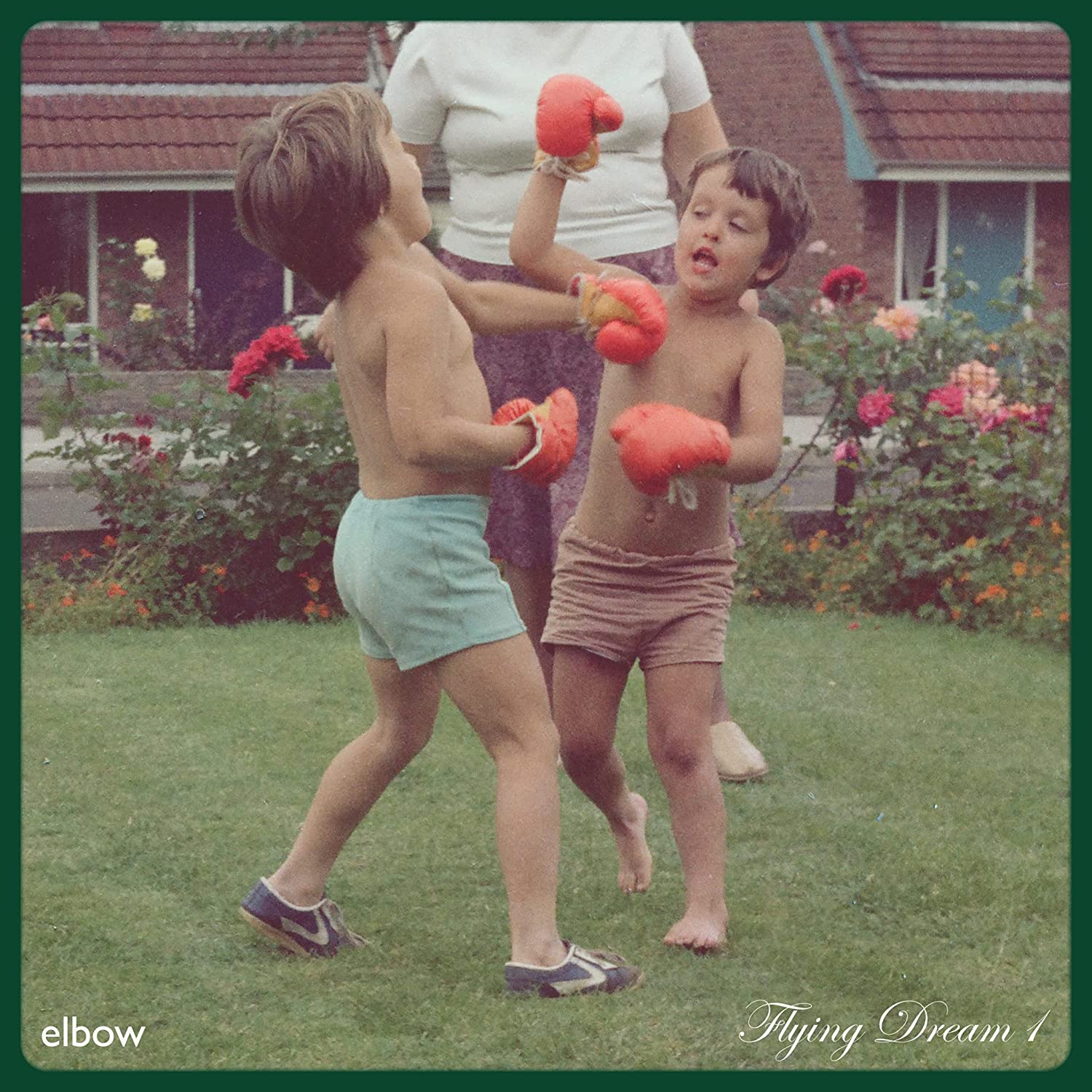 The ninth studio album from acclaimed British band, Elbow, has the gentle, dreamy feel of a long, reflective quarantine nap. Largely composed separately, the band came together for more fully realized recording sessions at Brighton’s Theatre Royal, left empty due to the pandemic. Absent are the big, bombastic anthems of past hits – “Grounds for Divorce” or “One Day Like This” – or even the rousing groove of “Dexter & Sinister,” which opened the 2019 release, Giants of All Sizes. While they’ve often built their wall of sound with orchestral aspirations, here vocalist Guy Garvey often sings quietly over piano, with the soft bed of strings, whether gentle guitars or sweeping synth washes.

And suitably the song subjects seem to match the dreamy music all settings, remembering childhood experiences, like the opening title track’s tribute to the shaping of parents who gave their child a grounding so that they felt they could “step into the air.” Movement on the sky inspires deeper consideration, whether it’s “After the Eclipse” or wondering if an object in flight is a some spectral soul in “Is It a Bird?” That last one, and “Calm and Happy,” feature jazzy drumming from session player Alex Reeves, and tasteful musical additions on clarinet and sax from Sarah Field, which show up again in “The Seldom Seen Kid,” taking the title from their 2008 release of that name. Perhaps the closest thing to a pop single is “Six Words,” which finds it’s groove about a third of the way in when the chorus kicks into gear with a gentle drum groove, and Garvey is joined by backing vocalists Jessica Hoop, Wilson Atie, Adeleye Omotayo, and Marit Rokeberg.

Of course those six words were “I’m Falling In Love With You,” which says a lot about the place the members of Elbow are in their lives, settled into caring relationship that sustain that allows one to think back about a friend who died too young with gratitude for the “chaos of (their) charm” in “The Seldom Seen Kid.” “What Am I Without You,” expresses the idea that we’re in this life to take care of one another, and that in caring for those in our families and circle of friends, that we are “right where I should be,” as they sing in “The Only Road.” There’s a comforting intimacy in these tender songs, rich in mood and tone, it’s bright and hopeful like a warm embrace.

Kids On A Crime Spree – “Goods Get Got” [Video]