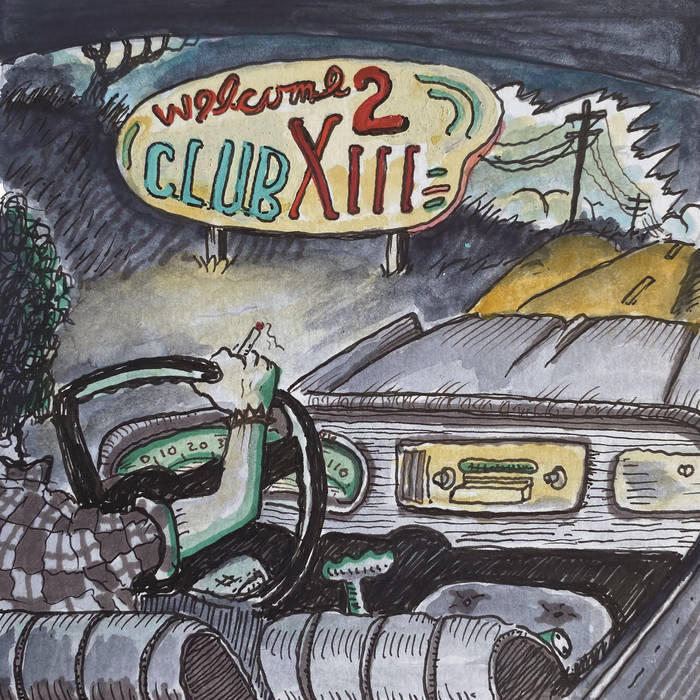 The opening chords of Drive-By Truckers’ fourteenth studio album carry the dense distorted grungy guitar sound of The Dirty South in a way that recalls many of the band’s releases across their long, 26-year history. They lead the listener into the 7-minute talking blues of Patterson Hood’s The Driver, where he recounts driving around as a young almost-adult listening to Tim by The Replacements, witnessing car accidents and his own near-misses, passing a KKK rally and, later in the band’s tour bus, a flaming meteor from the sky, as Margo Price’s haunting background vocal speaks of “drivin’.” It feels fitting that after three albums – American Band (2016), The Unraveling, and The New OK (both in 2020) – where Hood’s songwriting was strongly political, that he would turn more personal.

Mike Cooley’s “Maria’s Awful Disclosure,” which follows, opens with an equally aggressive, meat and potatoes, rock guitar chord progression, recalling the mid-western heartland sounds of a Mellencamp or Petty, with a rich harmonica solo and a solo that feels like someone is strangling the neck of their Strat, likely in reverse. The lyric follows the connections between old-school anti-immigrant propaganda and the current fascination of some with QAnon disinformation.

But the fun, title track and connective tissue for this collection of songs, is a change of pace, a celebrative recollection of the shabby Muscle Shoal, Alabama’s honky-tonk/nightclub, Club 13, where Hood and Cooley’s earlier band, “Adam’s House Cat,” had to compete with “our favorite Foghat cover bands” for a chance to open for the some sad-sack touring metal band. They conclude, “When we come this way again/Notify our next of kin/We’ll smell of weed and gasoline/Welcome to Club Thirteen,” set appropriately to a barrelhouse, Eagles’ cover (“Heartache Tonight”), honky-tonk dance beat.

In “Every Single Storied Flameout,” Cooley looks back at his own life’s mistakes and missteps as a cautionary tale for his own teenage son. He warns against imitating his own past (“If I’d lived my example, I’d be worse”), and suggests that the boy avoid any actions or decisions that might carry permanent consequences: “don’t embrace it with a vengeance before you’ve even shaved/With a razor that you bought with your own money.” While in the set closing “Wilder Days,” Hood recalls youthful indiscretions in a ballad marked by a steady drum beat and a brooding slide guitar as he offers this bit of accumulated wisdom: “As the sun gets dizzy watching us as we go spinning around/There’s no comfort in survival, but it’s still the best option that I’ve found.”

Hood and Cooley continue to be joined here by longtime bandmates, Brad Morgan on drums, multi-instrumentalist Jay Gonzalez, and Matt Patton, and producer and multi-instrumentalist David Barbe. While the last couple of Drive-By Truckers’ releases were a, at times harsh, mirror of the troubling times we were living through, an important artistic contribution to be sure, it feels appropriate here on Welcome 2 Club XIII that they’ve taken a more personal path down memory lane.