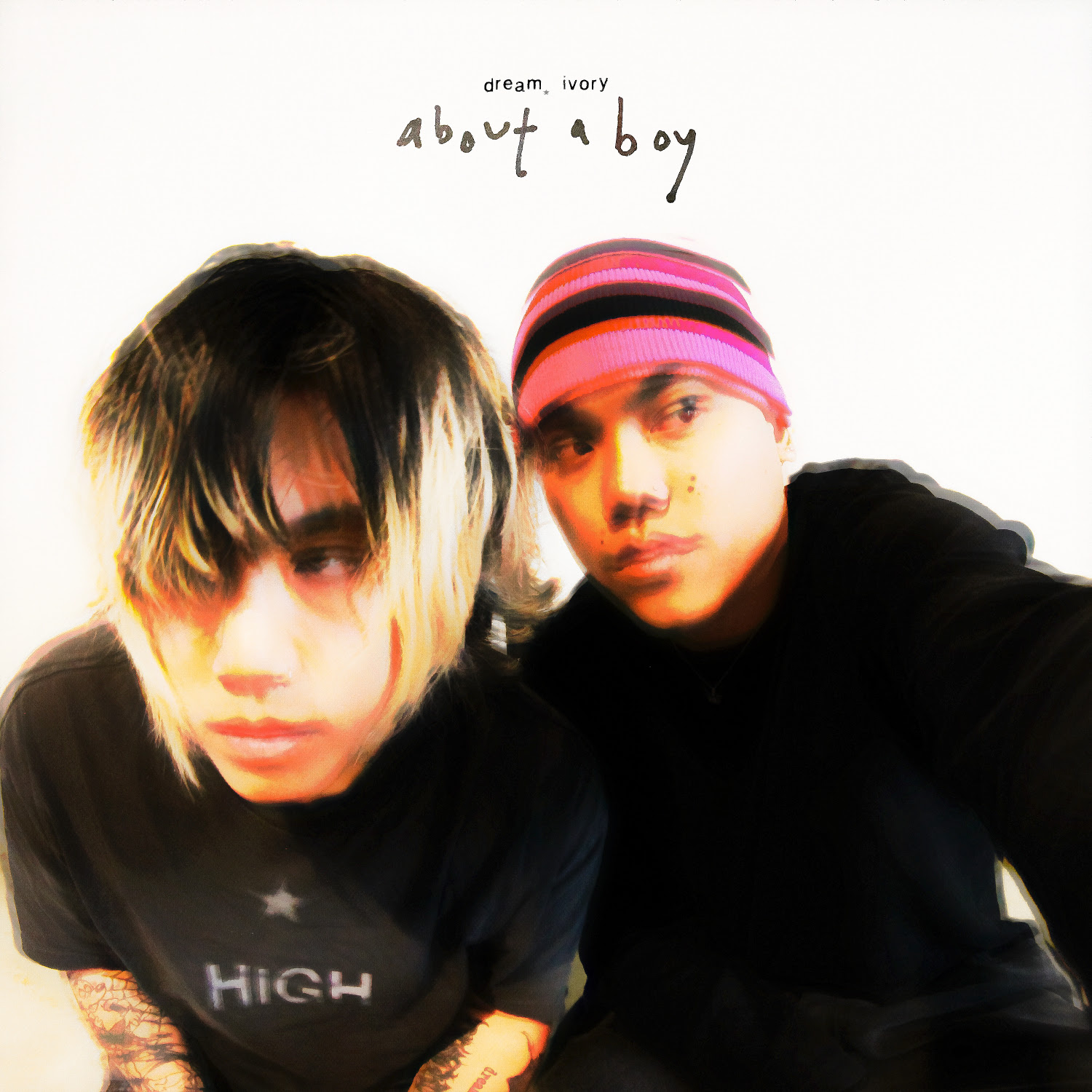 The music of Dream, Ivory is the product of Filipino/American twentysomething siblings raised on the endless musical resource of the internet. The duo released an eponymously titled EP in 2016, which their bio describes as the product of “hip hop heads celebrated for their skilled shoegaze.” In the intervening years, the Louie and Christian Baello have broadened their appeal to create smart, atmospheric dream pop with plenty of durable beats, crunchy guitars, stacked harmony vocals and penchant for catchy accessible melodic hooks, all while processing the inner angst and uncertainty of coming of age in this current, chaotic world.

In fact, the opening blast of power-pop, “Soaking Up the Sickness,” has a dangerously accessible guitar hook and catchy melody, suggesting that these alt/indie renegades might have an inner Goo Goo Doll fighting to get out. But “Wake Up!” and “Sensory Overload” follow, pushing the envelope in the direction of electronic dream pop with crisp dance-friendly rhythm tracks, offering a fresh take on 80’s new wave influences. The psychedelic anthem of “Everybody Is Something (Nobody Is Nothing)” is a blast of affirmation from the freaks in the back row of the classroom, a declaration that everyone matters, meanwhile “Boyhood” and “Kids” find the duo coming to terms with the way childhood emotions stay with us into young adulthood, long enough to become “another old stupid song.”

While lots that they write here takes an ironic twist, the underlying emotions are real, often raw. “Would It Kill You At All” actually addresses suicide in high energy synth runs that suggest a person’s growing anxiety, while “Isn’t It Obvious” and “Tastes Like Candy,” another tasty slice of dream pop, push back against traditional therapy, while the temptation to succumb to lethargy is practically addictive. But just in case you’re taking this all too seriously, the Baello’s throw a bit of sarcasm into the mix with “I’m So Emo,” then offers the self-help motivational advice to “M.O.V.E.O.N.” The record closes with a break up/unrequited love song, the here left alone, “Just me and my notepad.”

And of course, these brothers also have each other, and this music they make in their respective bedrooms on instruments and computers for a growing audience of similarly disaffected young people. But the music is good, and the kids are alright.

KEY TRACKS
“Soaking Up The Sickness” / “Tastes Like Candy” / “Wake Up”