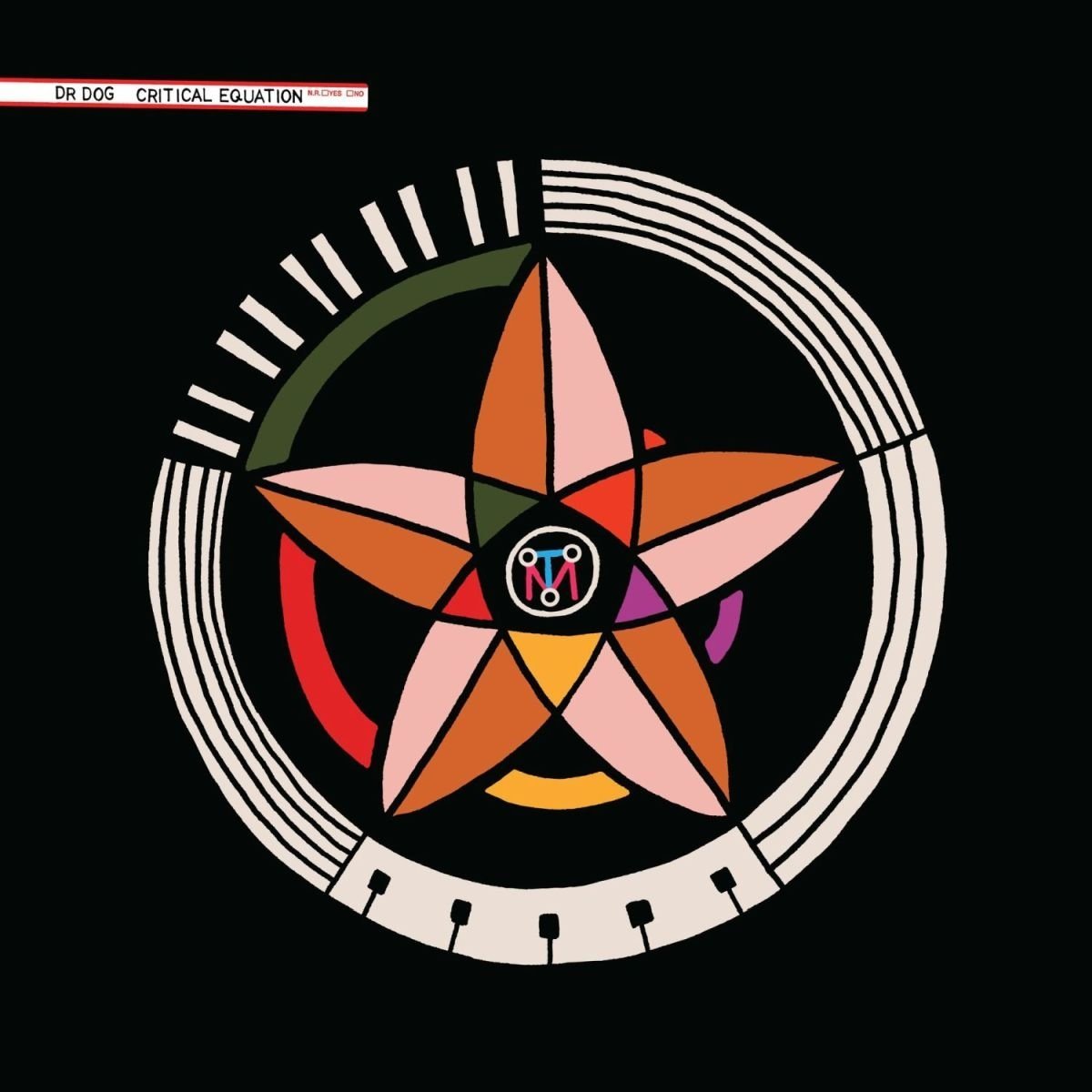 Fire Note Says: On its tenth band outing, Dr. Dog continues its legacy of indie rock that mixes 60’s style songwriting and harmonies with just enough instrumental psychedelia to keep things interesting.
Album Review: Philadelphia’s quintessential indie rock outfit, Dr. Dog has never stretched too far from it’s roots in 60’s pop and rock influences that include the song-craft of The Beatles and folk-singer/songwriter-meets-the-psychedelic-bands like the Jefferson Airplane and Grateful Dead. Thus you get the warm fuzziness of “Buzzing In The Light,” with it’s main melody carried on a defiantly old school sounding organ, and the sing-along affirmation that “I’m not alone in the mystery, I feel at home in the mystery,” with it’s slow but steady rhythm, a guitar solo that stays in the deeper baritone range, and the gooey vocal “ooohs” accented by that cheesy organ. Dr. Dog’s defines itself in this one, and other songs, like “Night,” which is essentially a campfire sing-along on an acoustic guitar, with these soaring synth swells that recall Gary Wright “Dream Weaver” to cinch their somewhat low-key appeal.
On their tenth album, Dr. Dog is confident enough in the strength of their music and their standing among their fans, that Critical Equation is front-loaded with their quieter, more somber material. The disc opens with a reflection on paranoia, where the protagonist hears the animals, the dead of night and finally “the fear in me talking,” called “Listening In.” “Go Out Fighting” rocks with a defiant energy, with strong guitars and organ riffs augmenting the pep talk to “never give up.” But the next three, “Buzzing In the Light,” “Virginia Please” and the title track, paint a picture just short of “doom and gloom.”
Then, as if to snap out of it, “True Love” arrives with a dance hall beat similar to the Dire Straits’ hit “Twisting By the Pool,” and that same old school organ sound, which leads into the album’s rocker with a big pop hook, “Heart Killer.” The song “Night,” described above is in the middle of the disc’s back half, but it’s followed by a jaunty rock shuffle with a fine guitar solo by Scott McMicken, who is a major contributor and with Toby Leaman, are the band’s original members, who share lead vocals. The closing track as a reggae feel, but returns to the ominous tone of the front half of the album, where the singer is “Coming Out of the Darkness” but warns those nearby to “get out of the way.”
Critical Equation is a solid album from a band that has a strong sense of it’s strengths, which are displayed throughout the disc’s ten tracks. Solid compositions, fun, instrumental flurries to keep things interesting, good vocal harmonies and a poignant perspective on life in difficult times.
Key Tracks: “Heart Killer” / “True Love” / “Under the Wheels”
Artists With Similar Fire: The Shins / The Decemberists / The Flaming Lips
Dr. Dog Website
Dr. Dog Facebook
– Reviewed by Brian Q. Newcomb