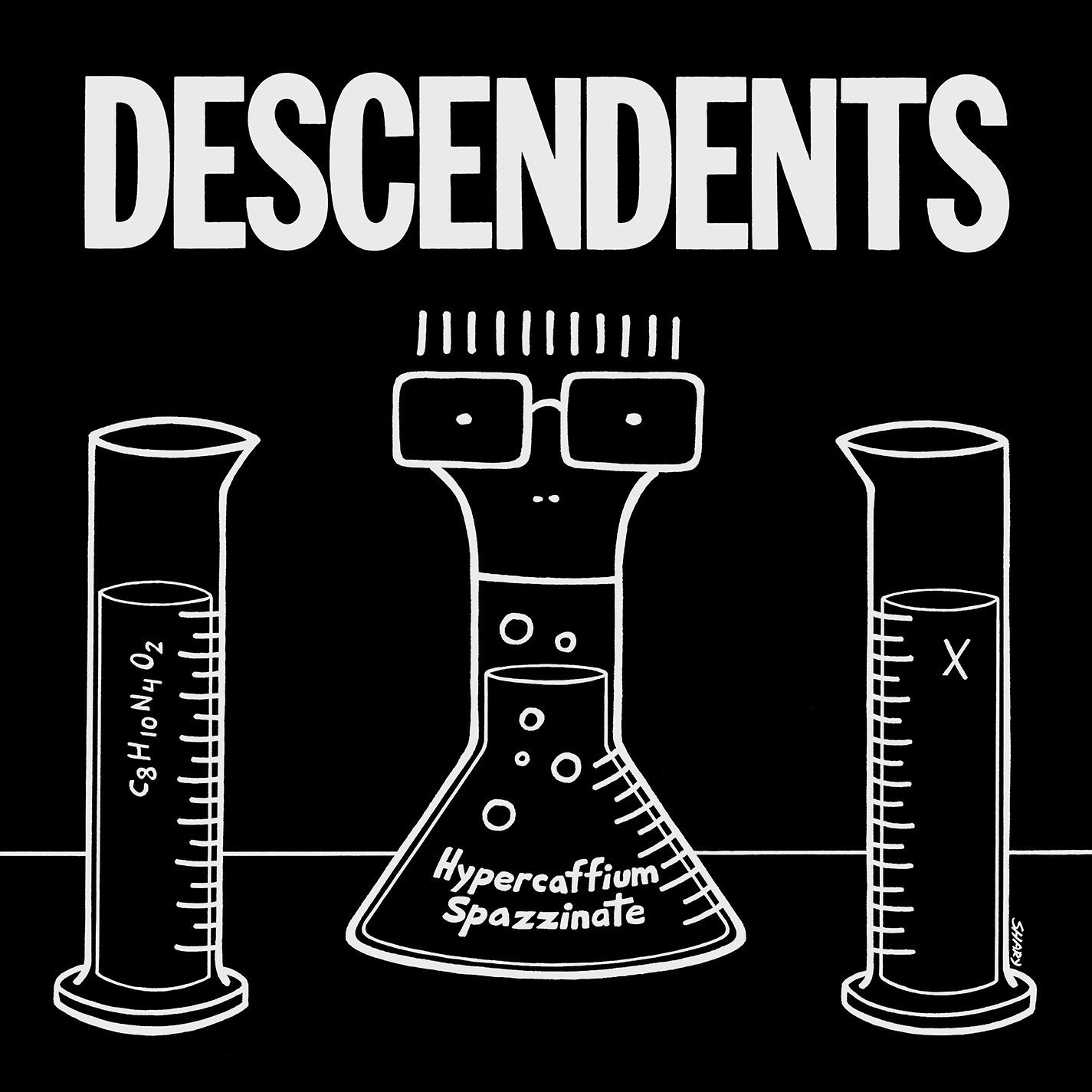 Fire Drill Album Review: One thing you can say about the veteran band Descendents is that they can deliver a consistent punk record no matter if the year is 1982, 1996 or 2016. Of course, if you have no idea what I am talking about then here is your punk 101 lesson – go seek out Milo Goes To College (1982) first as it is not only an essential Descendents record but the punk genre itself. Then fast-forward to the band’s return and first record for Epitaph – Everything Sucks (1996) which maintained their relevance with plenty of their natural humor and punk hooks. “I’m The One” is still a really catchy song.
Well, it is 2016 and the group is back on Epitaph with Hypercaffium Spazzinate but even though the band members are over 50 you would never know it after spinning this energetic and cheery record. What is interesting though is that the band now gives you some perspective from their elder state with tracks like “No Fat Burger” that goes all punk on limiting your food intake while the socially charged “Human Being” examines how our society has just went numb. Of course, Descendents give you 16 songs in a nice under 32 minute package so it totally meets expectations as the record cruises by. I think long time punk followers will enjoy Hypercaffium Spazzinate because it feels and sounds familiar. Does the band still have the impact they once had – that is an easy answer no but this record shows that the Descendents can still pull out the catchy hooks, crunching quick punk riffs and stir your brain with their wordplay. Definitely a record to check out if you are a punk fan!