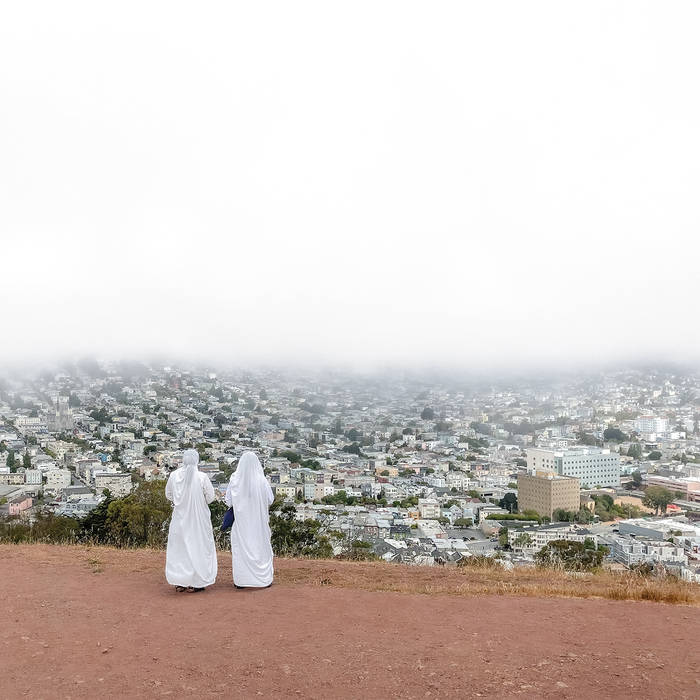 While responses to the 2018 release from Death Cab For Cutie were mixed, there were hints in several tracks on the back half of the album that suggested that songwriter Ben Gibbard and new bandmates Dave Depper and Zac Rae were beginning to see their way to the other side of what some reviewers were calling a “mid-life crisis.” It was Gibbard’s first album without longtime musical collaborator and producer Chris Walla, and now in his mid-40’s and with more than 20 years in the band, there were questions about musical and lyrical relevance, that Thank You For Today was only beginning to sort out.

Here on the band’s tenth studio album, Asphalt Meadows, Gibbard and his bandmates, together with new producer John Congleton whose credits include Blondie, David Byrne, Lucius, The Decemberists and many more, have settled into a sound that suits Gibbard’s songs and gives the band’s players plenty of room to shine. While the first single “Roman Candles,” built on an industrial electronica beat, is a fun excursion, it’s hardly representative of the rest of the album. The second single, “Here to Forever,” is a closer to what we expect from Death Cab, a fast-paced pop/rock song driven by a solid drumbeat, with the bass firmly in the pocket, the guitars ringing out, keyboard synths providing the structure for Gibbard’s vocal melody, everything clear and precise. But the lyrics describe a world that’s gone off the rails, “there’s no hands on the levers,” so he sings of wanting answers from “God or whatever.”

The album opens with a similarly smooth guitar and drum groove, while Gibbard sings about the uncertainty that came with the pandemic, admitting that “I Don’t Know How to Survive,” a big crunchy loud guitar chorus symbolic of all the noise and bluster that came with the shutdown, new guitarist Dave Depper providing a brief soaring solo. “Rand McNally,” named after the map company, quiets down the guitars while Gibbard sings nostalgic about life on the road where all the stories have “happy endings only if they’re interrupted before they’re over.” Gibbard has admitted that the chorus’ repeated promise that “I won’t let the light fade,” is an acknowledgement that Walla and others who’ve played with him have moved on, but he’s committed to carry the torch for all of them.

The midpoint in the album finds Gibbard offering a spoken word story about a man who traveled across the country and ended up living by the ocean, although we was always afraid to go swim in the sea. Ultimately, it’s a sad tale of a world in disarray, where we sit and await death, watching the flowers grow, “reaching for the sky,” while the instrumental behind the story seems to soar undeterred. Standing in direct defiance of that fatalism, the album closes with “I’ll Never Give Up on You,” even though all else appears to have failed to give meaning or purpose to life, Gibbard has found a sustaining faith in true love.

Elsewhere, floating pop og “Pepper” Gibbard gives a shout out to the Sgt. Pepper’s Lonely Hearts Club Band album cover, as he asks for a photograph and a kiss to remember a love that’s moving on, while in the fast rocker, “I Miss Strangers,” he’s putting memories of the “punk wars” in perspective, and seeking to make a zen-like peace with the present: “try to be here now, I only ask you when.” “Wheat Like Waves” recounts a cross Canada road trip with a friend, listening to 90’s band Prefab Sprout,” a poetic accounting at mid-life of how to hold the world close without breaking what you love, while the tender ballad-like “Fragments from the Decades,” similarly is taking stock of the harm we’ve done, “here on paved native lands/time disappears from the palms of your hands.” It’s a poetic reckoning that may not light up the dancefloor, but it warms this old rocker’s heart. A tone that is also captured in the up-tempo rock of the title track, taking account of the fruit of our urban lifestyles: “here in the asphalt meadows/there’s only one thing that grows/finding the light through the concrete/getting trampled under our feet.”

When a band like Death Cab For Cutie has been on the scene for 25 years, they have to mature beyond the music and themes that drove them when starting out in their 20’s, and starting on the last one, but more securely here on Asphalt Meadows we witness Gibbard and his musical collaborators rising to the occasion, writing about their experience of the world in ways that manage to avoid sounding like “Old Testament verses that don’t make sense in this decade” as they sing in “Rand McNally.” They keep making albums like this, and they won’t have to worry about letting the light fade.