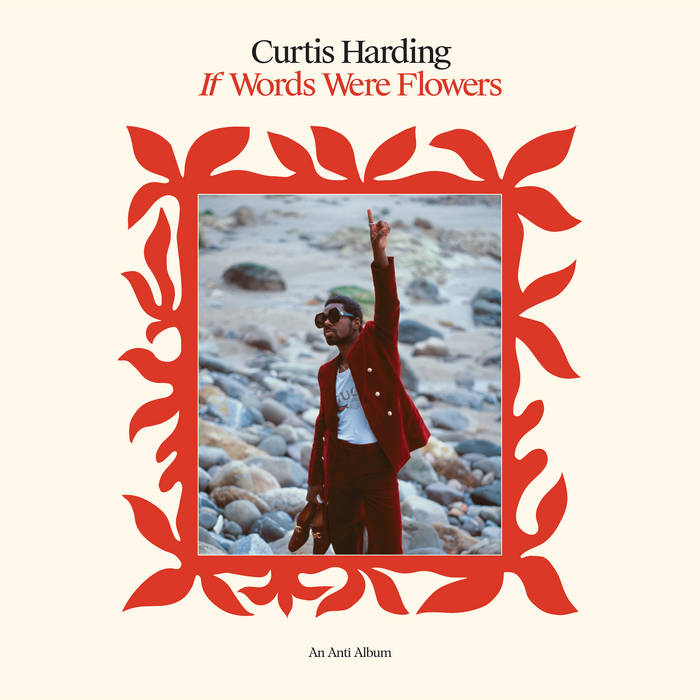 Atlanta’s psychedelic vintage soul champion Curtis Harding set the bar high with his first two albums, 2014’s Soul Power and 2017’s Face Your Fear. The records highlighted a stylistic vision that put him in the upper echelon in the modern soul movement and now on his third long player, If Words Were Flowers, Harding sounds like a long term veteran and career act as each song here is delivered with passion, strength and purpose.

The album begins with the gorgeous title track that is built around a choir and horn arrangements that set the groovy tone before Harding steps up to the mic on the statement track “Hopeful.” It is a perfect song that captures the unrest that was unleashed this last year but in the one word chorus, Harding has his listeners looking forward as the track surrounds you with orchestra arrangements while also laying down some bluesish guitar. Next up is “Can’t Hide It,” which is a track that reminds me of Harding’s earlier work that has a driving drum beat and several echoing vocal effects which keeps the song a bit more gritty while the lyric delivery has a 60’s James Brown spirit.

If Words Were Flowers does not have a bad track on the album. Its foot tapping beats and multiple styles keep things fresh as you can hear garage rock, R&B, hip-hop, pysch and of course soul within all of its eleven tracks. Harding benefits from sharing production with frequent collaborator Sam Cohen (Kevin Morby, Benjamin Booker) as he absolutely knows how to pull the best out of the singer. The record is the most technical and sonically precise album Harding has released to date. The record is summed up best on its catchy closing track “I Won’t Let You Down,” when Harding sings “As an old friend just standing around” and “I’m here for you.” The track highlights the positive focus of Harding’s wise words that not only have a timeless appeal but are probably some of the best lines you can hear right now!

Jack White – “Taking Me Back” [Video]