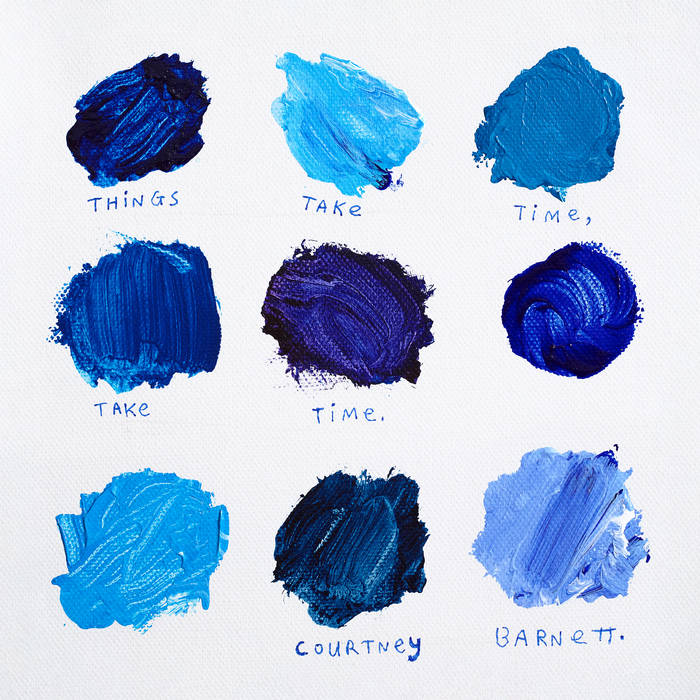 Aussie indie/rock singer/songwriter Courtney Barnett’s third album, Things Take Time, Take Time, is the kind of intimate reflection on the small moments that combine to give shape to a person’s life that you might expect coming out of a pandemic lockdown. The chorus of “Rae Street,” the album’s early first single, quotes something her Dad often repeated as Barnett was growing up, “Time is money, and money is no man’s friend.” The cliched comment raises important questions about the way we spend our time, often much of it in periods of waiting for some desired connection or opportunity to come to pass. So how much value can we place on the little events that get us through each day, especially on those many days when we’re “just waiting for the day to become night.”

Unlike 2018’s Tell Me How You Really Feel, where Barnett was supported by her full touring band and even had a couple guest spots with the Deal sisters from The Breeders, this time Barnett played many of the instruments herself, supported by producer/drummer Stella Mozgawa from another Australian band, Warpaint. The result is sometimes stripped back to bare essentials, like “Turning Green” where Barnett abandon’s her more customary jangly rhythm guitars and sings the verses over a rhythm of combined live and drum machine with subtle bass and keyboards until the guitar solo toward the end. The toned down instrumental approach fits the song’s melodies and the quieter reflections of Barnett’s songs.

“Take It Day By Day,” is the advice we often heard repeated when we were all trapped in relative isolation as the global pandemic, just “put one foot in front of the other… don’t give up just yet.” But Barnett knows that “life is like a rollercoaster,” especially when were obsessed the someone else when we should “take a look at yourself.” “Can’t stop thinking about you,” she sings with longing in “Here’s the Thing,” but it’s all written down in “this letter to you that I’ll never send.” So, “Take Time” is easier said than done, when you’re aware that time will run out for each of us and eventually even “the stars are going to die,” so we check in on each other and worry “If I Don’t Hear From You Tonight.” This album’s jangly guitar pop hit, “Write a List of Things To Look Forward To,” has Barnett thinking about the circle of life and death, and watching for that letter from the one she’s missing.

On Things Take Time, Take Time, Barnett seems to know that “this too will pass,” an oft repeated cliché, and she knows “it’s only in my mind,” but she’s pretty sure we were all having similar thoughts and feelings as we came to terms with the lives and relationships that we all had plenty of time to reflect on while waiting out the pandemic. The songs here, like all good art, offer insight and a sense of community and connection, while encouraging us to take time to grow and expand our capacity to live fully and well.

Key Tracks: “Write a List of Things To Look Forward To” / “Take It Day By Day” / “Before You Gotta Go”

Artists With Similar Fire: Kurt Vile / The Breeders / The Pretenders

Jack White – “Taking Me Back” [Video]