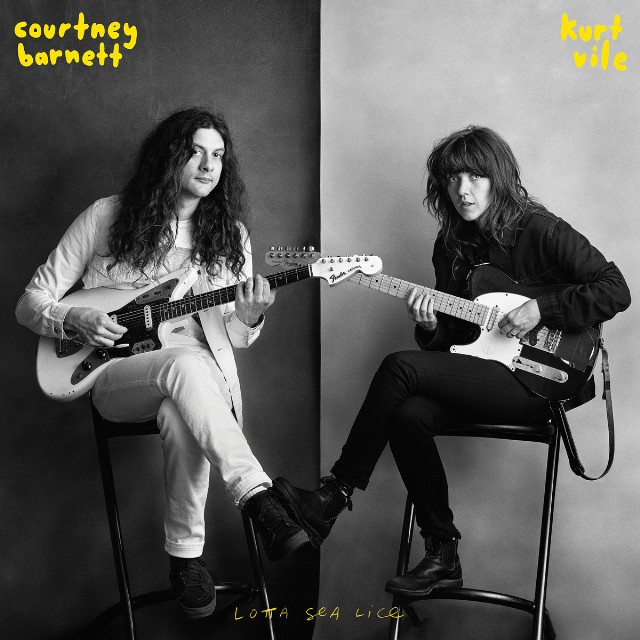 Fire Note Says: You are invited to the conversation between Courtney and Kurt.
Album Review: In today’s indie music scene I cannot think of that many pairings that have an equal rising momentum of Kurt Vile and Courtney Barnett. Both successful singer/songwriters in their own right, Lotta Sea Lice finds them teaming up and essentially hanging out for this nine-song record.
It would have been easy for Lotta Sea Lice to be a cover record. I would have liked it. Barnett and Vile singing their favorites and I am sure it would be great. Instead, we get seven originals plus Vile delivering a darker version of Barnett’s “Outta the Woodwork,” and Barnett giving Vile’s “Peepin’ Tomboy,” a different edge. Right from the opening track, “Over Everything,” you experience an instant connection between the two that transcends seamlessly to your ears. It also is a great track because it is not an acoustic sleeper but a six minute slow burning jam that lets them converse back n’ forth while just letting the guitars role. This synergy carries throughout Lotta Sea Lice. 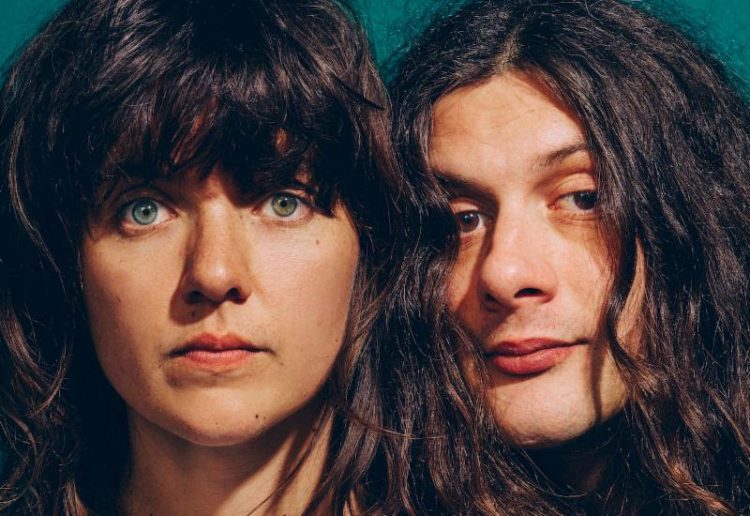 “Continental Breakfast” is a highlight on this album as it captures their relationship because it truly shows these two artists personalities that we have heard individually on their releases and now it feels completely raw and natural together. There is light humor that is sincere, shared feelings about their lifestyle that seems honest and in general – they just like each other. “Fear Is Like A Forest” is another groovy track that smolders with Barnett taking most of the lead as Vile’s drawl shadows her in the background that just rises above the songs guitar moments that amp up in volume several times throughout. “Blue Cheese” sort of rounds out the musical avenues of the pair, as it features some joyous joint “who hoos” with its folky stomp and fun banter. The track once again just showcases the laid-back approach on this record without endangering its quality.
What makes Lotta Sea Lice successful is that it is a real collaboration and neither artist takes over the record. The songwriting is strong and the arrangements are memorable. It is an album that you can put on and play and its timeless vibe will keep you coming back. I think everyone can name some great duet pairings in the past that stick out generations later like Nicks and Petty, Parton and Rogers, Ross and Richie, Krauss and Plant, Deal and Pollard and now – down the road; Barnett and Vile. Lotta Sea Lice is an interesting conversation at the coffee house that comes complete with guitars. The best part is that you are invited – enjoy the moment!
Key Tracks: “Over Everything” / “Fear Is Like A Forest” / “Continental Breakfast”
Artists With Similar Fire: The War On Drugs / Angel Olsen / Kevin Morby

The Friday Fire Track: Bully – “Kills To Be Resistant”