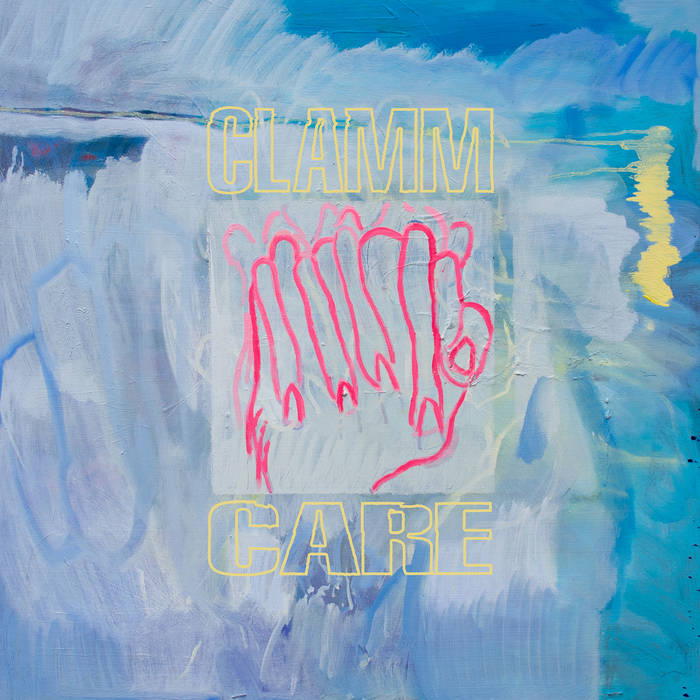 Melbourne punk power trio CLAMM have returned with a sophomore release in Care that is their most fierce and confident effort to date. Their songs rail against systematic power while funneling all that visceral raw emotion into a positive perspective. Basically, CLAMM keep their shit together and nail everything to the wall track after track!

From the minute the album opens with “Scheme,” you know the buzz-saw guitar strums from CLAMM are going to take you for a ride. The group’s layered call out vocals start to take over on second track “Bit Much,” as the trio ping pong off each other before “Something New” tears your speaker grills off. This track may be one of the best modern post-punk songs released this year as guitarist/vocalist Jack Summers desperately explodes “Well I’ve been looking for the answer; But I’m running out of time of time of time of time; On the outside it’s something new.” It is very evident that there is no way to keep a lid on this track and it is killer!

What makes Care such a step forward for CLAMM is the addition of Maisie Everett on bass and backing vocals, producer Nao Anzai joining the band on synth and saxophonist Anna Gordon lending some fantastic and very timely angular post-jazz on several tracks. The rapid-fire chemistry between the members is unreal, as songs like “Monday,” “NRG” and “Incompetence” just embed in your brain and never take a pause. CLAMM have not only just released one of the better records in 2022 but Care is the example of what modern punk sounds like today!