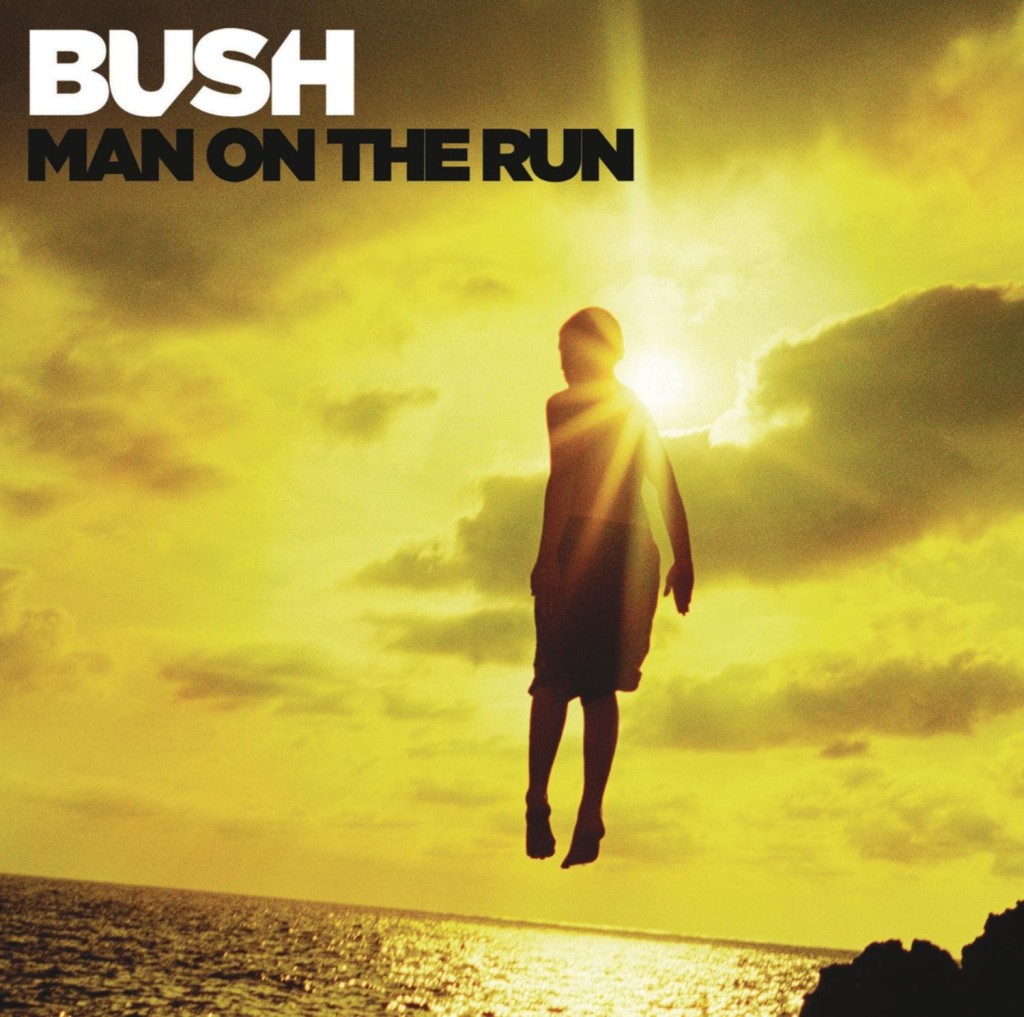 Fire Note Says: Bush pleases the crowd with the hard-rocking Man On The Run.
Album Review: As a child of the 80’s and 90’s there is something comforting about the bands of my youth sticking around and putting out new content. Bush was one of the biggest outfits of the second half of the 1990’s with albums like Sixteen Stone and Razorblade Suitcase. The former was the subject of much adoration of me and my peers, containing hits “Machinehead” and “Everything Zen,” among others. Of course, if you’re reading this review you probably know all of this and more. There’s probably not much I could say that would either encourage or dissuade from giving this new Bush album a spin.
If you’re a fan of Bush, there’s a lot to like about Man On The Run. The band’s signature heavy sound with a dash of Gavin Rossdale’s pathos is loud and clear on the opening salvo “Just Like My Other Sins.” Following that is the strong title track and then “The Only Way Out.” The latter is more focused on melodic hooks and feels lighter than many of the other tracks on the album. I tend to prefer these Bush mid-tempo numbers that don’t rely as heavily on distorted guitars and angst. One of the failings of the album is that at 14 tracks and over an hour, many of the songs tend to run together. “The Only Way Out” stands out from the crowd.

Bush can make a strong power ballad and it’s surprising to not find many of those on the LP. “Eye of The Storm” is one of those ballads that serves as a reprieve from the hard-charging glut of songs that make up most of the album. Bush slows down the pace and brings a bit more soul to the proceedings with the number.
After Bush broke up in 2004 it looked like any new music from them would be wishful thinking. Since reuniting in 2010 two albums and a two-year tour have taken place. Their output outclasses the dreck that the Smashing Pumpkins have released but still has the feel of being stuck in time. Those with their feet firmly planted in the 1990s will find Man On The Run to be a welcome experience. Others may have a difficult time engaging with the LP in its entirety.
Key Tracks: “Man On The Run” / “The Only Way Out” / “Eye of The Storm”
Artists With Similar Fire: Stone Temple Pilots / Creed / Filter