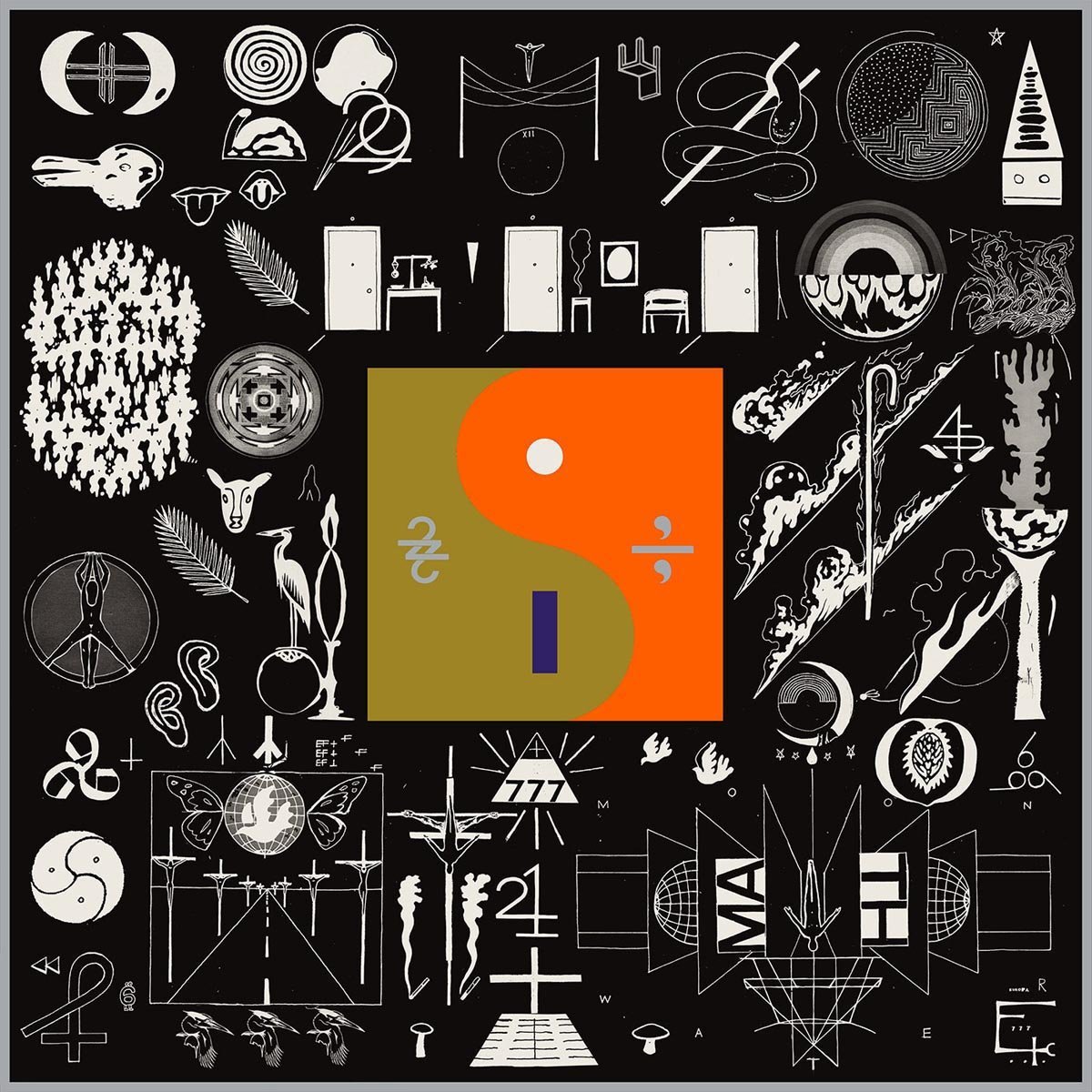 Fire Note Says: The constantly evolving Bon Iver!
Album Review: I never thought that Bon Iver’s Justin Vernon would stay contained to one style, sound or genre but the turn he has taken on his third record 22, A Million was not expected, slightly perplexing and a musical test the first time you run through the album. What once was an artist that captured you with his ear pleasing falsetto and acoustic playing folk on the engaging debut For Emma, Forever Ago (2007), now has been transformed into something more spacey and ethereal that is highlighted by synthesizers, electronic beeps and well-placed beats. This shift would be an acceptable move since the debut came out 9 years ago but it wouldn’t really be that much of a reach for Vernon nor that intriguing. I say that because what makes this record exciting and one of the better releases of the year is his artistic inclusion of “quiet” space that is held by isolated instruments like saxophone, metal drum, and trumpet while using samples at moments you don’t expect.
Right from the opening track, “22 (OVER S∞∞N),” you get a voice that is run through a synthesizer, sampler, and sequencer machine that immediately gives the record a slightly alienated vibe before you get to Vernon’s familiar layered vocal that sings “Where you gonna look for confirmation?” That looking and longing takes place throughout 22, A Million and keeps you in the moment. This opening track also uses the sax near the end of the song to break the electronic effect mode and it works beautifully as it pulls you back into reality. It also prepares you for the beat march which begins “10 d E A T h b R E a s T ⊠ ⊠” before Vernon’s altered vocals blurt out in-between the beats just above the level of the pulse but not enough to completely comprehend every word upon first spin. It is this off balance that is utilized over and over and has the listener questioning what is real and what is Memorex.
22, A Million is a deep well thought out piece of art that samples gospel tunes by Mahalia Jackson and the Supreme Jubilees, has a Psalms 22 reading and two song titles “666 ʇ,” and “33 ‘GOD’” which you might believe would lead you down a religious path. The overall circle of beyond is present throughout the record but the spiritual guidance that Bon Iver gives is not one from Sunday church but one of your own conclusions brought forth without preaching – just a presentation of ideas. With 22, A Million, Bon Iver has been officially established as a top tier career artist that can take you on tour to places you may not want to visit initially but upon completion – you are glad you went!
Key Tracks: “22 (OVER S∞∞N)” / “00000 Million” / “33 ‘GOD’”
Artists With Similar Fire: Radiohead / Frank Ocean / How To Dress Well
Bon Iver Website
Bon Iver Facebook
Jagjaguwar
– Reviewed by Thomas Wilde

The Dandy Warhols – “Catcher In The Rye” [Video]