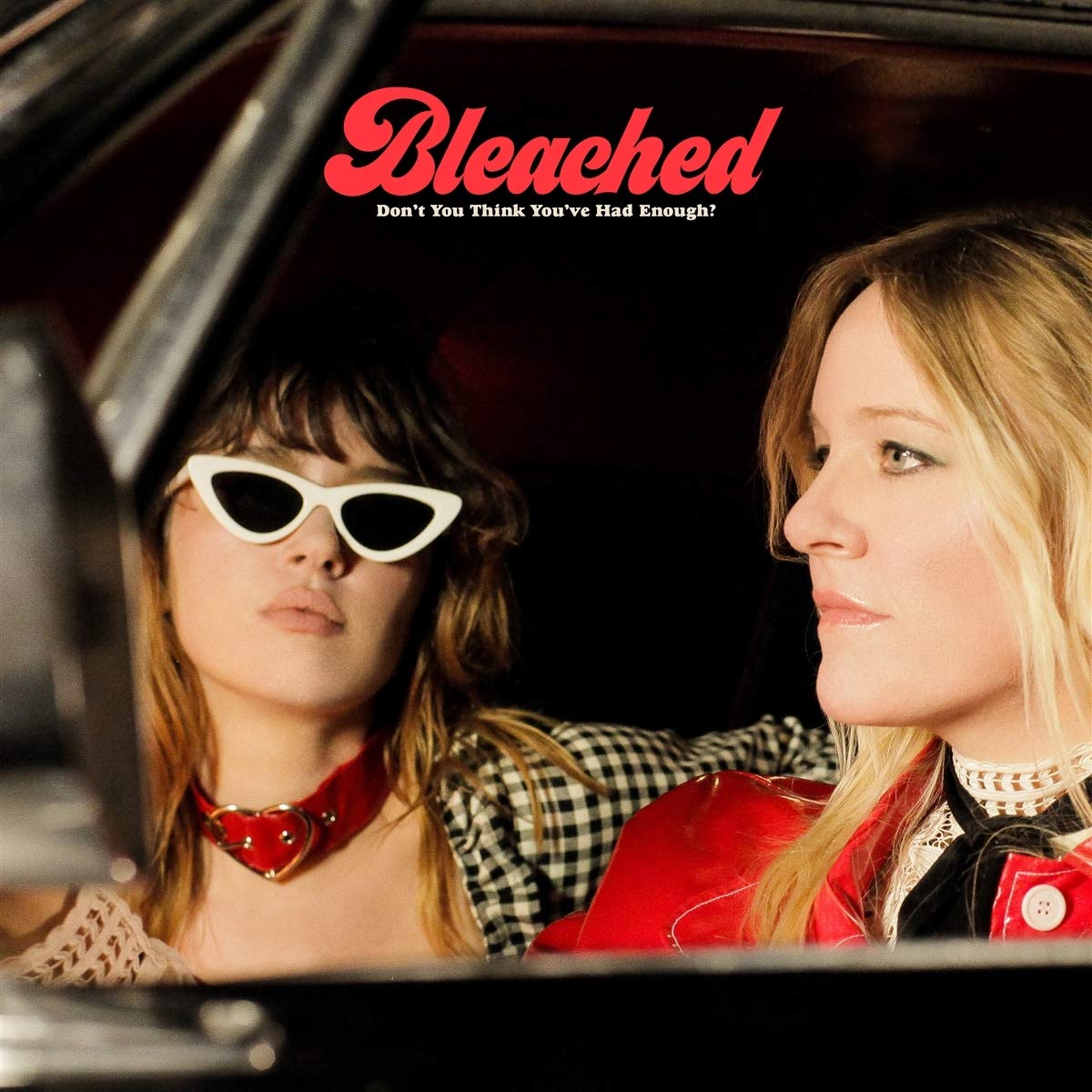 Who: Jennifer and Jessie Clavin are back with more indie pop rock on their third record as Bleached.
Sound: Bleached don’t hold back here with crunching indie pop rock with big hooks that make plenty of sing along moments. Think Blondie, Joan Jett, Best Coast and Charly Bliss all wrapped up into one.
TFN Final Take: LA’s Bleached have moved their pop senses more to the front with each record so far and their third album, Don’t You Think You’ve Had Enough?, takes one more big step towards super radio friendly jams while still retaining some pieces of their retro girl group happenings back on their 2013 debut Ride Your Heart.
Right from the first track, “Heartbeat Away,” you can hear Bleached come more out front with a huge riff, hook and melody that instantly sticks. This track has a real Joan Jett drive to it and is honestly one of my favorites on the record. The rest of the album has this same punchy and rich sound that is even much more polished than Welcome The Worms (2016) but also is a good reflection of where the sisters are today. Don’t You Think You’ve Had Enough? was written from a place of sobriety.
This new found clarity comes off pure and is no surprise that Bleached offer up some confessions here as well like on “Somebody Dial 911” and “Valley To LA.” Overall, the results are clear that this is the best Bleached record to date. Right down to the last track, “Shitty Ballet,” the group closes with what appears to be an acoustic number and it feels right after all of the bigger hooks before it but then the track switches quickly into an electric blast. This final surge is a great punctuation to where the group is today and shows that Bleached is still an evolving band as Don’t You Think You’ve Had Enough? is another solid step forward.
Bleached Website
Bleached Facebook
Dead Oceans
– Reviewed by Christopher Anthony