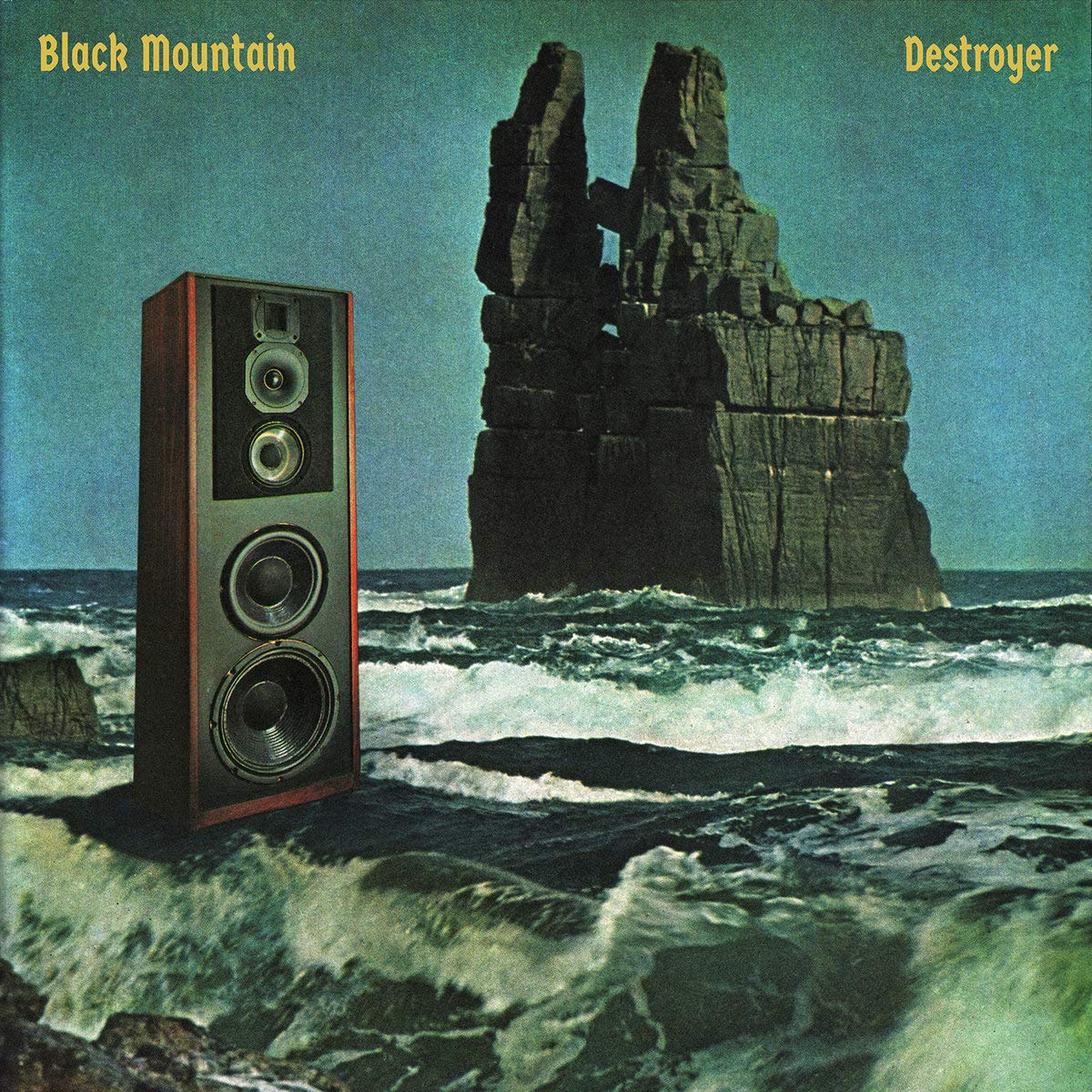 Who: Stoney, space rock outfit from hailing from Vancouver, British Columbia. This album represents a new lineup having Rachel Fannan (Sleepy Sun) and Adam Bulgasem (Dommengang, Soft Kill).
Sound: Black Mountain is a group of fuzzy, metal, rock warriors. Their albums never shy away from proggy passages or psychedelic situations.
TFN Final Take: I’ve actually been a fan of Black Mountain ever since their sophomore album. In The Future. The big burly, fuzzy riffs paired with the droney laments of the organ really helped shape my listening profile as I was getting deeper and deeper into music. Fast forward now eleven years in the future (ha) to the band’s fifth full length, Destroyer. If you were expecting the dynamic, progressive odyssey that was the band’s previous album, IV, then don’t look to Destroyer to try and replicate that too much. Destroyer is built on, to quote Steve McBean, the ethos of “hitting the open road and never looking back.” Going off that, Destroyer is a “driving” album in more ways than one. It’s no stretch to say that opener “Future Shade” could easily soundtrack cult classics Heavy Metal or Heavy Metal 2000. “Horns Arising” makes several swaps from behemoth battle bot to space void lullaby, and finally clarion war calls. “Close to the Edge” seems a bit pointless at the time. It’s not until it makes its’ thrash reprise in “Licensed to Drive” that connection is realized. “Pretty Little Lazies” shows us what would happen if “Godzilla” was a track on The Bends. “FD 72” ends the album in the most Space Oddity way possible. With every track I heard before release, I felt like I was predisposed to dismiss Black Mountain’s Destroyer. But, what could have been a standard Sabbath/Floyd clone became so much more the more and more I listened, something new always presented itself. If the bitchin’ album art doesn’t pull you in then fall off the edge. McBean and co. will be your space-age sage.
Black Mountain Website
Black Mountain Facebook
Jagjaguwar
– Reviewed by Christopher Tahy