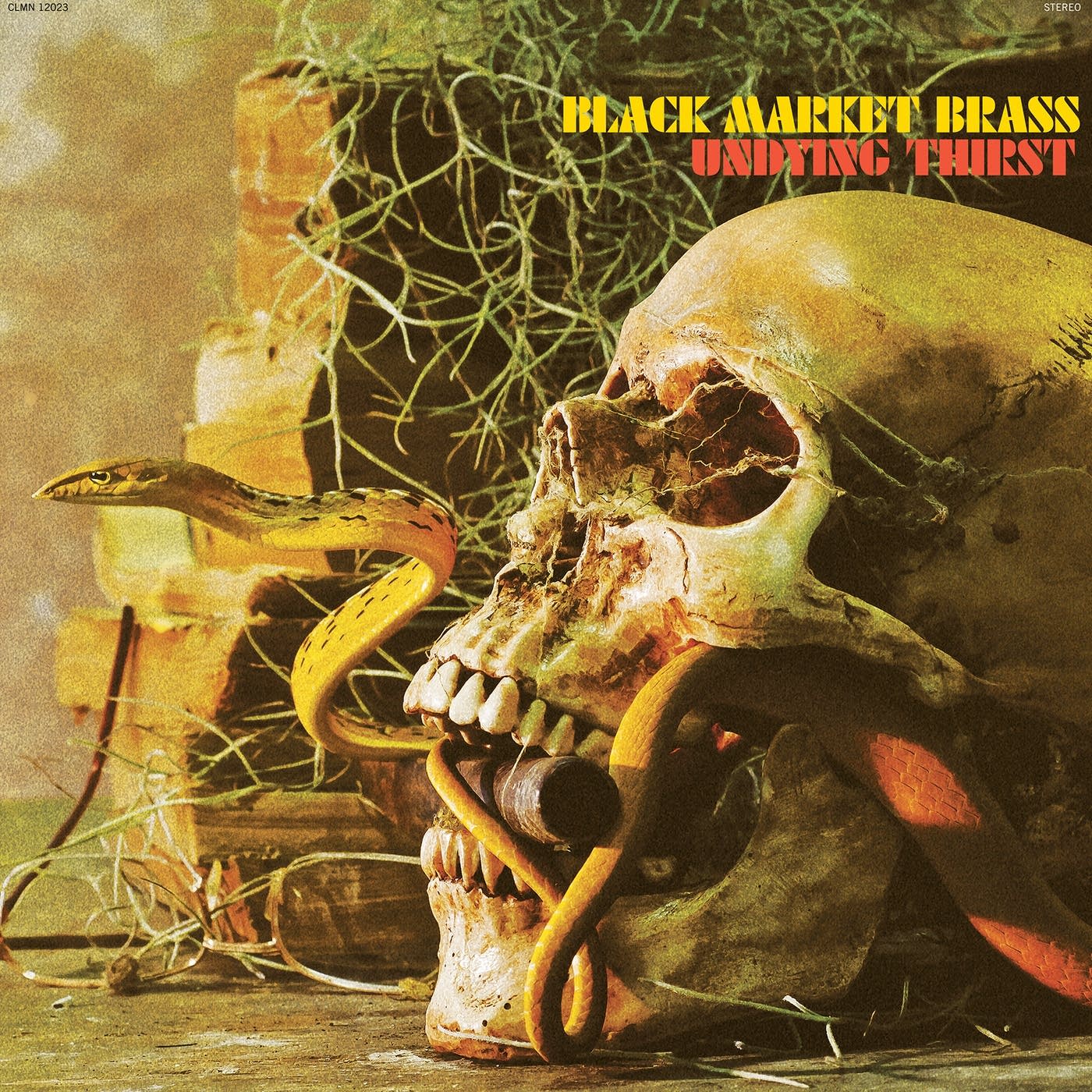 Black Market Brass is a Minneapolis-based group performing their own brand of originally composed Afrobeat/Afrofunk music, and Undying Thirst is the group’s sophomore album and Colemine Records debut. The instrumental group is comprised of eleven musicians that form such a powerful force together that this record will blow you away.

Some might think that you need to be really into Afrobeat or soul to enjoy Undying Thirst but I will tell you that if you have never once laid your ears on the pioneer of the genre, Fela Kuti, you can still jump in feet first with Black Market Brass. The phonetic energy and complex arrangements of these eight pieces will take your mind to another space. The running guitars, the insanely good drum beat, the pounding bass and a ripping brass section that easily will knock you off your chair.

While just 5 minutes shorter than their 2016 debut, Cheat And Start A Fight, Black Market Brass flex their growth as a group here. Where Cheat And Start A Fight was solid, Undying Thirst is a mind blowing event that captures the Afrobeat genre and molds it into 2020. The record can be played in the background, foreground and honestly played on any ground because its execution is phenomenal.

From the opening beats and clatter on “So Who (pt 1) to the stand out percussion solo near the end of “War Room”, Black Market Brass take no prisoners on each track as they jump out of your speakers. Groovy guitar lines and foot tapping horns consistently surround you and will leave you wanting more as each song reaches for the sky. Undying Thirst is a record you had no idea you wanted to hear. It is also a record that you won’t want to put down!