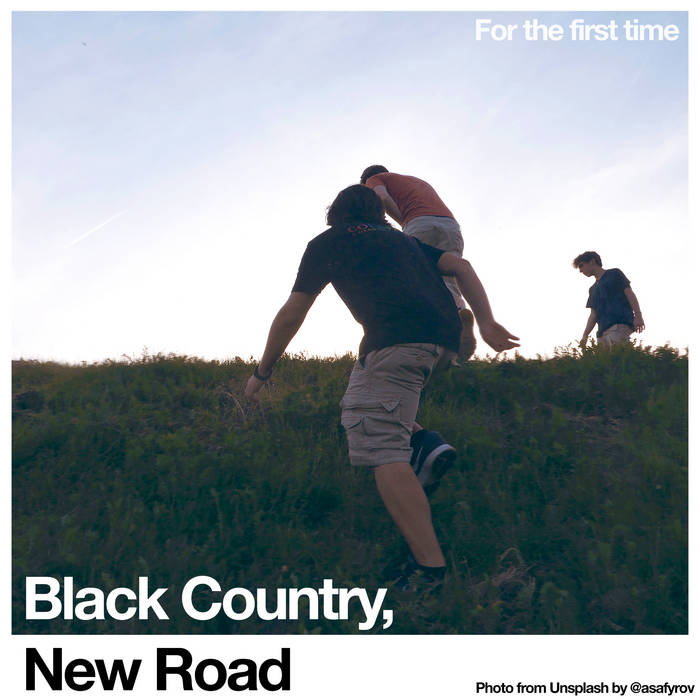 Despite having just two early singles to date, Black Country, New Road came into 2021 with their debut, For The First Time, being one of the most highly anticipated records of the year. The critics picked up on their Black Midi vibe early and quickly crowned this London band as the next big thing with the 7-piece collective’s youthfulness and forward thinking post-punk song structures.

Anytime you have an introduction to the world like that it sometimes can be a steep hill to climb. For the most part, Black Country, New Road perform up to the expectations as their music is engaging, moving and at times borderless. This quick thinking, turning and evolving type songs is what makes Black Country, New Road exciting and with just six tracks blowing out this album to 41 minutes, there is plenty to unwrap. The opening over 5 minute jam of the appropriate titled “Instrumental,” showcases the band’s talents right from the beginning with its solo drums, feverish keys, backing saxophone and of course guitar. This deconstructed jam sets the tone for the album.

As you move deeper into For The First Time, you get more post-punk combined with math rock twists and improvised jazz that then is sewed together with Isaac Wood’s vocals which many times can be described as sporadic pontificating. There are plenty of solid “moments” that will make you take notice. The almost ten minute “Sunglasses” is one of those times, as the song simmers and builds with all types of musical styles within. I also like on “Track X” how the group actually slows things down and sounds more like a Bill Callahan narrative track with a jazz backdrop.

Black Country, New Road are a young band which in the case of their debut holds them back a bit. Not from a lack of talent but more a struggle on hearing the record’s full vision on where they are going. Some would say that the endless road approach is their art but For The First Time sounds like it is still finding its way at times. It completely makes sense, considering the bands youth, and overall this album is still a solid debut. I also would make sure that we keep an eye on Black Country, New Road because I don’t think we have heard their best material yet because all the pieces are here and that is exciting!