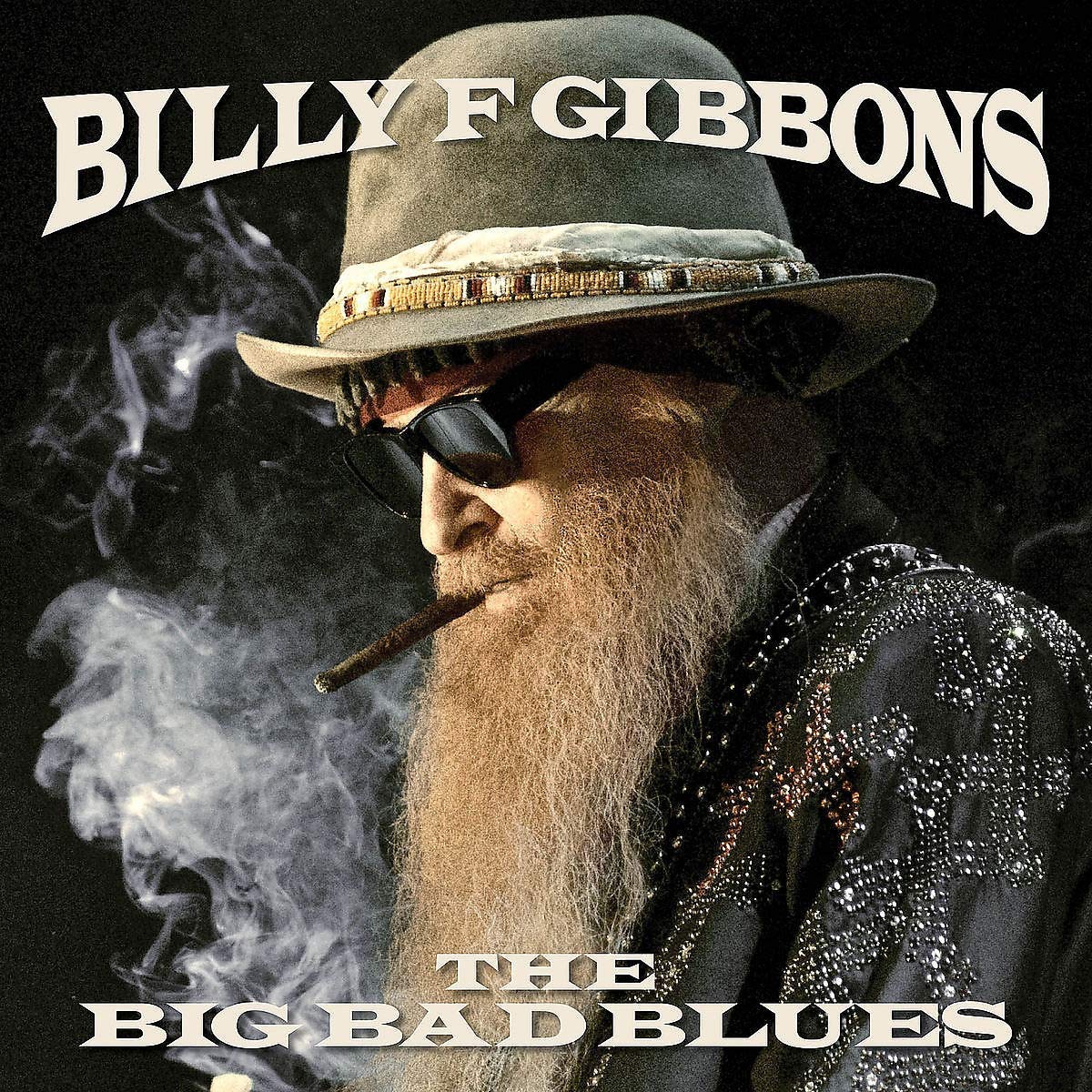 Fire Note Says: ZZ Top guitarist goes back to explore his blues roots on his sophomore solo outing.
Album Review: Okay, this no doubt shows my age, but there was a time before ZZ Top was best known for “Sharp Dressed Man” – with its synthesizer enhanced rock sound and touring with five female dancers who were at times a few scant inches of lycra away from “adult entertainment” – when the Texas trio really was a blues band, and their raw, gritty 1973 release, Tres Hombres, blew through North America with a fresh Southern rock wind that was rooted in tradition but fresh and vital at the same time. All of which is to say that underneath the shtick of “Cheap Sunglasses,” the matching suits and beards, spinning guitars, and songs that celebrated women’s physique (“Tush,” “Legs,” and the “Tube Snake Boogie”), there was a musicality that might have gotten overlooked.
ZZ Top’s guitarist, Billy Gibbons started out his career with the band Moving Sidewalks, a psychedelic Texas band that opened four dates for the Jimi Hendrix Experience back in the day, before moving on to team up with bassist Dusty Hill and clean-shaven drummer Frank Beard, which always felt like part of the joke. ZZ Top was inducted into the Rock & Roll Hall of Fame in 2004, and although they continue the occasional tour their last album was 2012’s La Futura. Gibbons, apparently desiring to stay busy, released his debut solo album in 2015 backed by a band called the BFG’s. On Perfectamundo, Gibbons explored a Cuban-blues hybrid, playfully touching base with the Latin influences that have never been too far from that Texas blues sound. Here on his follow-up, he gets closer to that early ZZ Top sound by returning to those “Big Bad Blues.”
Gibbbons isn’t reinventing the wheel here. He knows the blues, so he and his BFG band-mates lock in, and do what comes naturally. Mostly leaning on originals built to fit the blues tradition, Gibbons does pay tribute to blues great Muddy Waters, but covers two of the iconic blues man’s less well-known songs. “Standing Around Crying” is a slow crier that allows Gibbons and harmonica player James Harman a chance to trade off on the solos and fills, but “Rollin’ and Tumblin’” is played fast and furious, with plenty of grit and gristle. Two more covers come from the catalogue of Bo Diddley. “Bring It To Jerome,” written by Jerome Green, a punchy mid-tempo blues belter that relies on harmonica for the most part, but includes a brief smokin’ guitar solo toward the end. For Diddley’s 1959 hit, “Crackin’ Up” closes out the album with an lighter, more open feel than the rest of album, and has a pure 50’s rock & roll/R&B vocal call and response, and of course, a nice Gibbons’ sound guitar solo to tie it together.
“Missin’ The Kissin’,” the opening track and the last of the covers (written by Gilly Stillwater) starts the festivities with a riff that echoes “La Grange” the opening track on “Tres Hombres,” a solid reminder that ZZ Top was always at its core a Texas blues band. Both that one “My Baby She Rocks” offer more of Harman’s fine harp playing, and lock into solid rockin’ rhythms with enough back beat to keep the dance floor full, but the songs themselves are little more than excuses for the band to jam, and that’s all right.
Gibbons takes the songwriting up a notch on “Second Line,” which is a tip of the hat to New Orleans that manages to squeeze in one of the singer’s notorious sexual innuendo/double entendres. But for the most part, Gibbons is not pretending this is rocket science, the riffs are basic and reasonably familiar, but he hangs them on a catchy enough hook to make you want to sing along to the simple lyrics, whether it’s “Let the Left Hand Know” or “That’s What She Said,” “Mo’ Slower Blues,” which features a bit of piano from Mike Flanigan, or “Hollywood 151,” Gibbons manages to provide enough sonic variety without wandering too far from his blues base, and he’s a adept, and melodically pleasing guitar player, so there’s not a lot of pretentious flash for the sake of flash, just plenty of solid, satisfying playing to please a guitar fan.
Key Tracks: “Second Line” / “Missin’ The Kissin’” / “Standing Around Crying”
Artists With Similar Fire: ZZ Top / North Mississippi Allstars / Big Head Todd & The Monsters
Billy Gibbons Website
Billy Gibbons Facebook
Concord Music
– Reviewed by Brian Q. Newcomb