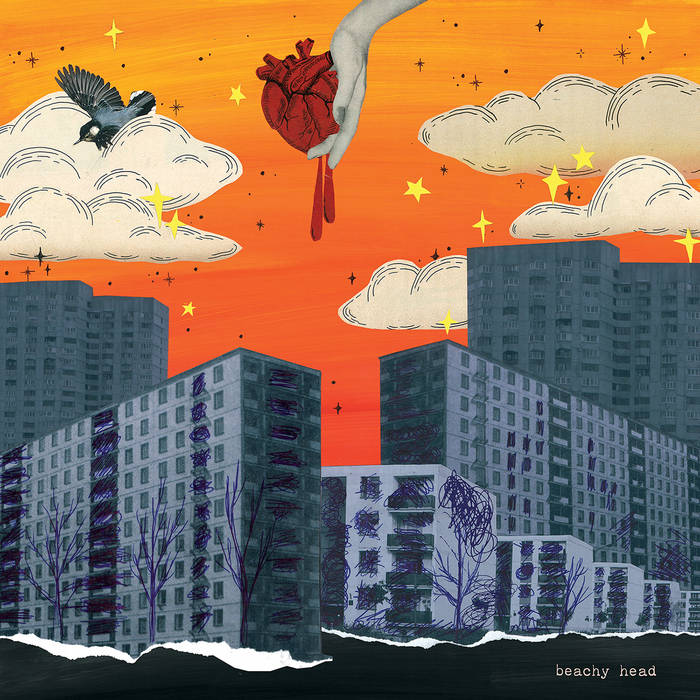 Beachy Head is a new group but it features members of Slowdive, The Flaming Lips, The Casket Girls, The Soft Cavalry, Mojave 3, Monster Movie and Minor Victories. That collective resume should be enough to make any indie fan take notice and the music on their debut rewards those that choose to investigate. Beachy Head also may have produced one of the smoothest sounding shoegaze records with an edge in 2021.

The group got their start in 2019 when Slowdive’s Christian Savill found himself alone with a year off from playing guitar so he started writing and demoing songs with no particular plan. Christian then sent his ideas to good friends and multi-instrumentalists, Ryan Graveface (Dreamend / The Casket Girls) and Steve Clarke (The Soft Cavalry), and Beachy Head was formed. Matt Duckworth (The Flaming Lips) was then brought into the fold and added drums with the last piece being Rachel Goswell (Slowdive / Mojave 3) contributing vocals on a few songs.

What you get with all this experience are songs that float effortlessly as the meticulous instrumentation moves the tracks in the background. Beachy Head succeed because they don’t just focus on a shoegaze angle but work reverb guitar, snyths and even several foot tapping pop beats into the overall song compositions. This expansion and melding of members expertise leads to catchy drenching tracks like “Michael,” where the noise drapes you and the pumping guitar riffs on “Looking For Exits” has a spectacular internal battle to overtake the softer layered vocals.

Overall, Beachy Head still drive this debut with a colorful shoegaze motor that shines because of the members experience. The songs are seamless and tracks like the opening “Warning Bell,” “Distraction” and the closer “Destroy Us,” all inundate you with a memorable hum of instruments. The album comes in at just under 30 minutes which makes Beachy Head an easy record to experience and then replay again to catch the pieces you may have missed the first time. Many times, a collective like Beachy Head does not live up to the expectations but this debut exceeds them and is already one of my favorite records I have heard this year!