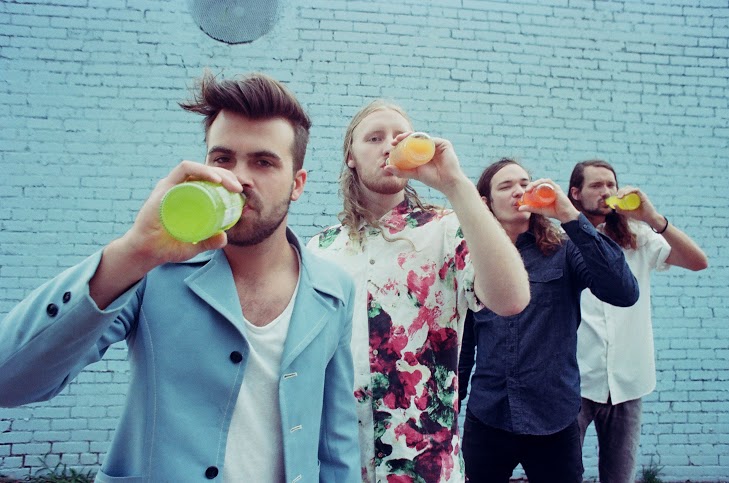 Gills frontman Jesse Wheeler comes with a story that’s just as good as his music. Struck with Leukemia at an early age, Wheeler started writing music in his teen years to cope and put a positive spin on his childhood situation. After beating the disease, he wasn’t going to let anything hold him back. Wheeler and his friends decided to start a band, relocated from Pensacola, Florida to Nashville, and released their debut album and follow up, 2009’s Forget What You See… and 2012’s Motor Running.
With two albums under their belt and a third on the way, winners of the latest Music City Big Break, Jesse Wheeler (Lead vocals/guitar, Matt Prince (drums), Andy Prince(bass), and Justin Locke (keyboardist/guitarist) are primed for a breakout year. Their single “Lemonade” -Not to be confused with the Queen Bee’s album-might be the discovery of 4 chord punk. While I may be joking, “Lemonade” is a catchy combination of Strokes grit and Phoenix’s spur-of-the-moment quirk-It’s not your typical punk song. The Gills are in the final hours of their pledge music campaign which you can support Here.
The final and coolest part of this post is The Gills are getting their first taste of wax via the good people at Soul Step Records. The song “Lemonade” along with b-side “La-Di-Da” will get a yellow color variant limited to 100 copies. Now you can order it starting today HERE via Soul Steps website. Or you could win one from us – Soul Step Records is giving one of these limited 7”s away to a lucky fire note faithful.
For your chance to win just send an email to HERE with the subject LONG LIVE THE GILLS and a copy could be yours! (Please US addresses only)