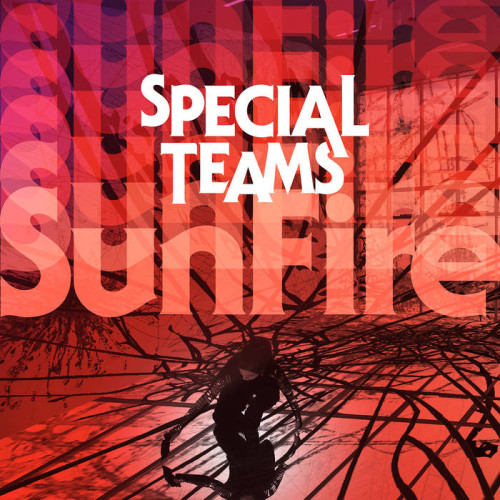 This weeks Fire track is feeling a bit exploratory. A collection and collaboration of musicians, Special Teams is self described as a rock hip hop trance experiment. Special Teams was born from The Long Count, a song cycle/visual project assembled by artist Matthew Ritchie and music by Aaron & Bryce Dessner of The National. The Long Count featured a particular piece entitled “Bull Run” that featured vocals from one Kelley Deal (R. Ring, The Breeders).
Special Teams’ Bandcamp page gets a little more in depth on the origin and creation-with the descriptions written by Kelley herself-of “SunFire” but the track is quite interesting. While it’s not something you would traditionally find on The Fire Note we think it will work for your Friday.
“SunFire” has a long stream of consciousness feel with Kelley Deal’s wispy and lowered vocals. The looping samples equate the song to an idea from The Avalanches, an odd How To Destroy Angels track, an interlude for an indie art-punk album, or a piece for meditation.
King Baby Nuxhall has seemed to elude that we will hear more out of Special Teams. While not many details have be given, more tracks with different artists will be on the way along with a possible physical release. Enjoy the track below!