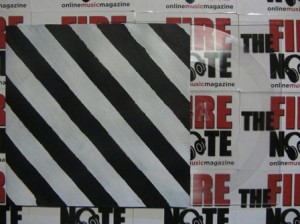 Cy Dune is the new project from Akron/Family member and guitarist Seth Olinsky. Olinsky has worked on this project for over five years which has yielded over 100 songs. “No Recognize” is the first single from the project and the No Recognize EP (which we reviewed HERE) will be released next week.
The A-side, “No Recognize”, is an electric, bluesy and slightly fuzzed up track that is in the same league of Ty Segall and King Tuff. I don’t know what direction I thought Cy Dune would be going in but this approach was a nice surprise. The B-side, “Yellin'”, keeps the momentum as its just under 2 minute raw rock brings an exciting conclusion to this 7-inch as Olinsky has a very Jack White howl throughout the track. As he hollers between the guitar sprawl “makes me want to scream; scream, scream” you instantly want to chime in and pick up a guitar yourself! 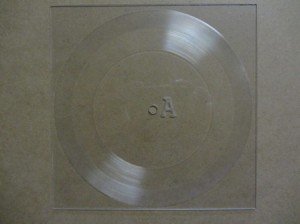 What makes this 7-inch even more special is that it is limited to just 26 copies. The music is actually on a hand etched clear heavy square vinyl housed in a hand painted, frank stella inspired art jacket. It is one of those rare releases that you pick up on a whim and it turns out to great. If you can find one I highly recommend snagging it as Cy Dune should be getting more exposure with the upcoming EP, a full length later this year and Olinsky’s Akron/Family’s new album out in April.
Cy Dune Website
Cy Dune Facebook
Family Tree Records
-Feature by Christopher Anthony