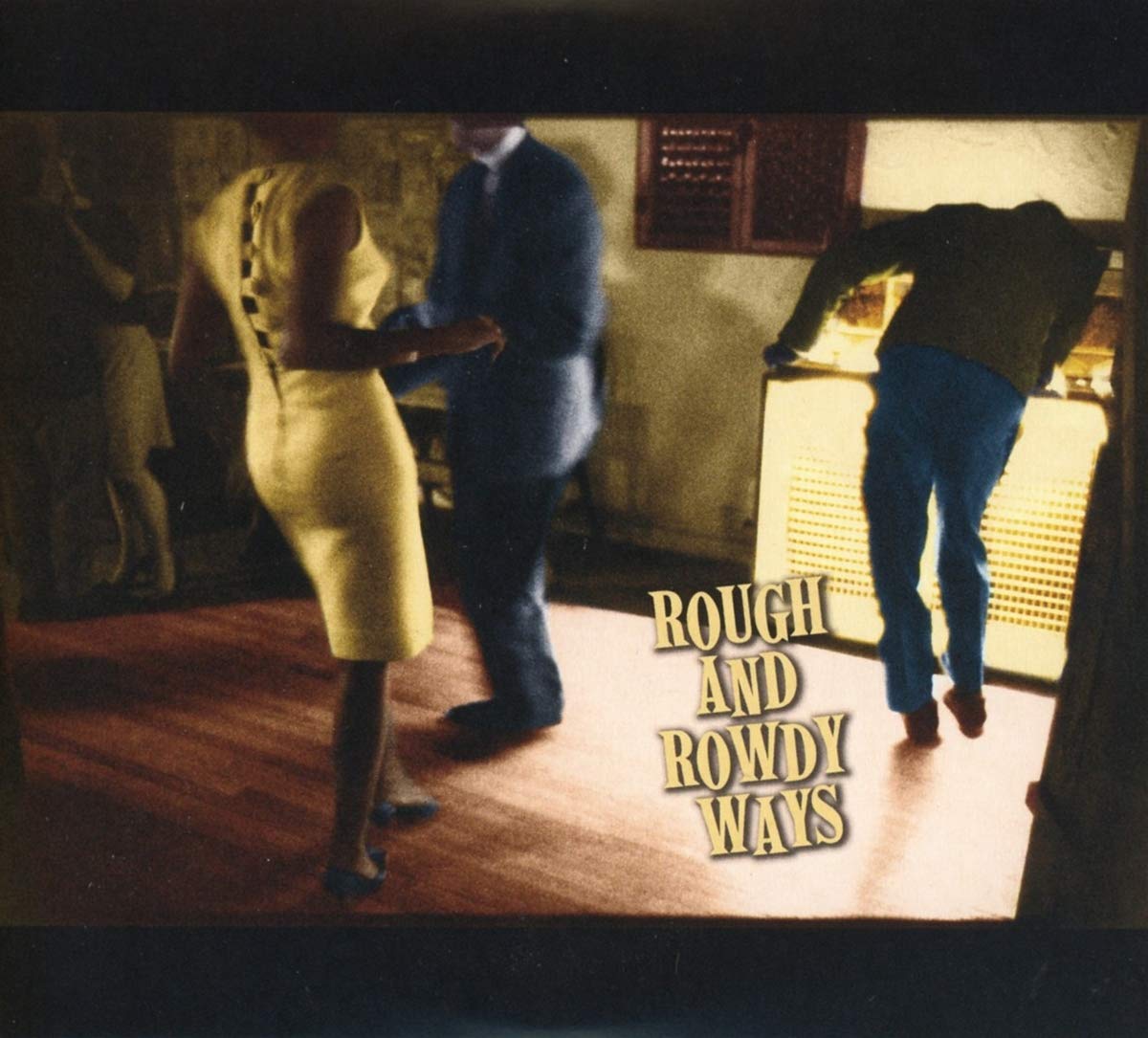 At this point, there’s really no easy way to explain the unique place that Bob Dylan has marked out for himself in the rock music pantheon to those who set themselves beyond the reach of his artistic influence. In 2016, when Dylan was awarded the Nobel Prize in Literature, eight years after winning a Pulitzer Prize as a special citation for his “profound impact on popular music and American culture, marked by lyrical compositions of extraordinary poetic power,” this fact became more than obvious. Sure, he’d written enough classic folk and rock hits – “Blowin’ In the Wind,” “The Times They Are a-Changing,” and “Like a Rolling Stone” – and sold enough records to win awards in all the usual categories – Grammy’s, Golden Globes, Academy of Motion Pictures, and be inducted into various Halls of Fame – Rock and Roll & Songwriter,” but a Pulitzer, a Nobel for Literature, the cynics ask?

There is just no answer that will make sense to someone who’s never worn down the grooves of Blonde On Blonde so that they had to buy a new copy, or hung on every word sung on Blood on the Tracks, hoping for answers to the meaning of life and love, or wrestled with the riddles in Love and Theft, looking for insight and meaning. If you don’t already have an awareness and appreciation for the work itself, there’s little to be said that would help explain the majestic connection between the singing poet with that voice, no less, and his fans who still lean forward at his shows, hoping he’ll get around to playing “Masters of War” or “My Back Pages,” and please Lord, let him deliver “Tangled Up in Blue” without distorting the melody or mumbling the words into something utterly unrecognizable. After 35 albums of original material over the course of the 50 years between 1962 and 2012, that contain dozens and dozens of songs that his fans have taken to heart, it’s impossible to imagine another artist who’s maintained as much mystery and influence for so long, while still performing over a 100 shows a year on his now, decades long, “never ending tour.” All of which is to say, that if you still don’t get it, well, nothing you hear at this point is going to change that or matter at all.

Tempest, released in 2012, felt to many like it might be Dylan’s final album of original material, both due to its darker lyrical turns and the fact that the 5 discs worth of material released since then, including Triplicate, have been drawn from the Great American Songbook, often with noteworthy versions sung by great vocalists like Frank Sinatra and Ella Fitzgerald. So, when Dylan released this album’s first “single” in late March, the nearly 17-minute mediation on the assassination of President John F. Kennedy, “a day that will live on in infamy,” combined together with a long series of cultural references that describe the 6o’s as a definitive moment for a generation. Over an instrumental bed of piano, strings and percussion, Dylan offers up a stream of consciousness that leaps from actual event that rocked American history, a defining tragedy that marked a turning point in the minds of many to references to The Who’s “Tommy,” to a Wolfman Jack playlist that feels both random and then somehow purposeful at the same time. In a colorful litany, Dylan name drops stellar classics like “St. James Infirmary,” and tips of the hat to Etta James and John Lee Hooker, The Eagles no less, hymns and jazz greats like Oscar Peterson, Stan Getz, Thelonious Monk, and drops Allman Bros.’ Dickey Betts’ “Blue Sky” in too, and then its on to silent movie stars like Buster Keaton, gangsters like Pretty Boy Floyd, and on and on. Is this the Jokester Dylan expanding on his myth, laying down some meaningless list of past favorites, knowing that his fanatical followers will hang on every nuance, parse every reference, listen to the whole playlist, thinking that it carries within it some deep, hidden meaning, or is he actually making a point with all this? The title of course comes from Shakespeare’s “Hamlet,” but the rest, all 16 minutes and 55 seconds, comes from the poetic mind of the world’s pop music poet laureate.

Shortly after that weighty single’s release, a second song came out in mid-April, “I Contain Multitudes,” then in May the full album was announced with a June release date, a third single, “False Prophet.” Taken as a whole, Rough and Rowdy Ways, is a remarkable undertaking, something fresh and unexpected from an artist whose lengthy career has been an exercise in reinvention, breaking every preconceived notion of what was expected of him. After all, he was the folk singer who refused to wear the banner as the “voice of a generation,” or “political activist,” going electric to the shouts of “Judas!”, making several Christian albums in the Gospel music tradition when nobody thought that was cool, and then leaning into blues and expanding the lyrical tradition yet again, insisting at each turn in his long and storied career that he not be limited by what has gone before. At 79 years, and 39 albums in, Bob Dylan’s still at it and the world is better for it.

Some have suggested that the point of the last couple of albums, was using the well-crafted songwriting of a bygone era, as a way for Dylan to develop his aging and worn vocal cords into a more capable, expressive instrument, than the froggy croak heard when he sang “Things Have Changed” live on the Academy Awards via satellite from Australia in 2001, before winning the Oscar for Best Original Song. But more than his more confident singing voice and articulation, which is a noticeable improvement, the most striking feature of these 10 new tracks is his playful lyricism and continued fascination with rhyming, and curious, sometimes unexpected preoccupation with pop culture works and artists.

But musically, Dylan tends to rely on the traditional songwriter formulas, made all the more special by the consistent presence of his regular touring band, leaning primarily on the guitar playing of Charlie Sexton. The current crew of players include drummer Matt Chamberlain, Tony Garnier on bass, Donnie Herron on steel guitar, violin, and accordion, Bob Britt on second guitar with Alan Pasqua on piano, Heartbreaker Benmont Tench playing Hammond organ, Blake Mills on guitar and harmonium, plus Fiona Apple adding some backing vocals. While “Murder Most Foul” and “I Contain Multitudes” provide subtle musical beds to support Dylan’s melody and poetic delivery, while tracks like “False Prophet” and “Goodbye Jimmy Reed” are rooted in traditional blues. The band often playing with restraint, their presence downplayed as these songs are designed to highlight Dylan’s confident singing and poignant commentary.

In “I Contain Multitudes,” Dylan acknowledges the diverse personalities that he’s hidden behind, borrowing the title from Walt Whitman’s poem, “Song of Myself,” but like so many things here, he manages to talk about himself, comparing himself to other famous folk, whether borrowing from the poetry of Edgar Allen Poe or William Blake, even suggesting “I’m just like Anne Frank, like Indiana Jones/And them British bad boys, The Rolling Stones.” It’s a tactic that appears to reveal while at the same time distracting from any significant revelation. But as puzzles and word games go, it’ll keep Dylan fans busy at least until we get a vaccine to treat the coronavirus. Perhaps drifting closest to the truth in the acknowledgement that “I’m a man of contradictions/I’m a man of many moods,” and the pressing reality of his own mortality, “I sleep with life and death in the same bed.”

In the blues of “False Prophet,” Dylan’s not above a little rapper’s braggadocio, “I’m first among equals/Second to none/The last of the best/You can bury the rest,” while in “My Version of You” he plays as if he’s able to bring someone of his own creation to life, like Frankenstein’s maker. It’s here that he draws on the qualities and strengths that impress, “I’ll take the Scarface Pacino and the Godfather Brando/Mix it up in a tank and get a robot commando,” but later he disses as the “best known enemies of mankind,” tracking down “Mr. Freud with his dreams, Mr. Marx with his ax” in hell. “I’ve Made Up My Mind to Give Myself to You,” finds the protagonist resolved to leave behind loneliness and despair to devote himself to a relationship, while he’s still haunted by the pressing, persistence of the “Black Rider.” And so it goes, the poet fighting back death and delusion in the hope of attaining clarity and connection, one song after another. It’s the goal of great art, great literature, every poet, and here Dylan again reveals that few, if any, belong on that high wire quite like him, as it’s where he continues to show us how it’s best done. Or maybe he’s just pulling the wool over our eyes one more time, the Philosopher Pirate of “Key West,” but either way it’s a journey worth the time and effort. In “Mother of Muses,” he acknowledges that “I’ve already outlived my life by far,” but I’m too humble to suggest this is some kind of final statement from rock & roll’s singular bard, but if it turns out that way it’s hard to imagine a stronger, more definitive statement.