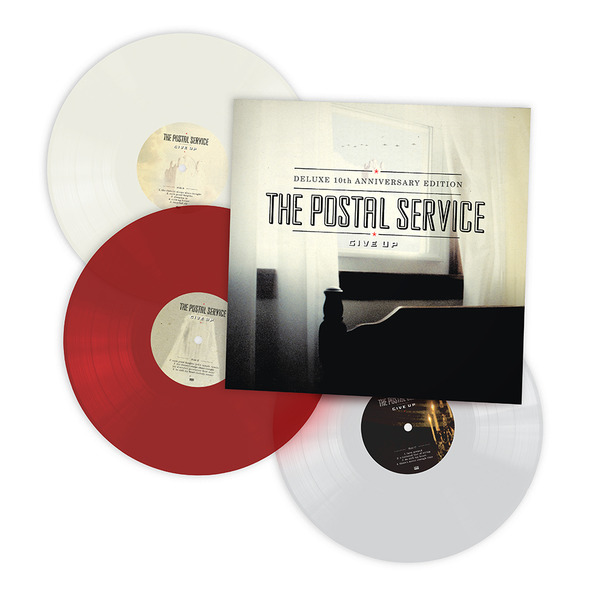 Having just unveiled the never-before-heard song “A Tattered Line of String” (below), The Postal Service and Sub Pop Records have made Give Up (Deluxe 10th Anniversary Edition) available for pre-order HERE.
If you pre-order the 10th Anniversary Edition of Give Up from Sub Pop, you’ll receive a limited-edition Postal Service postcard set. If you pre-order the 3xLP vinyl version of the album you will receive the red/white/clear-colored, limited Loser Edition of Give Up while supplies last. Also Sub Pop is giving people who pre-order an instant download to the new song, “A Tattered Line of String”.