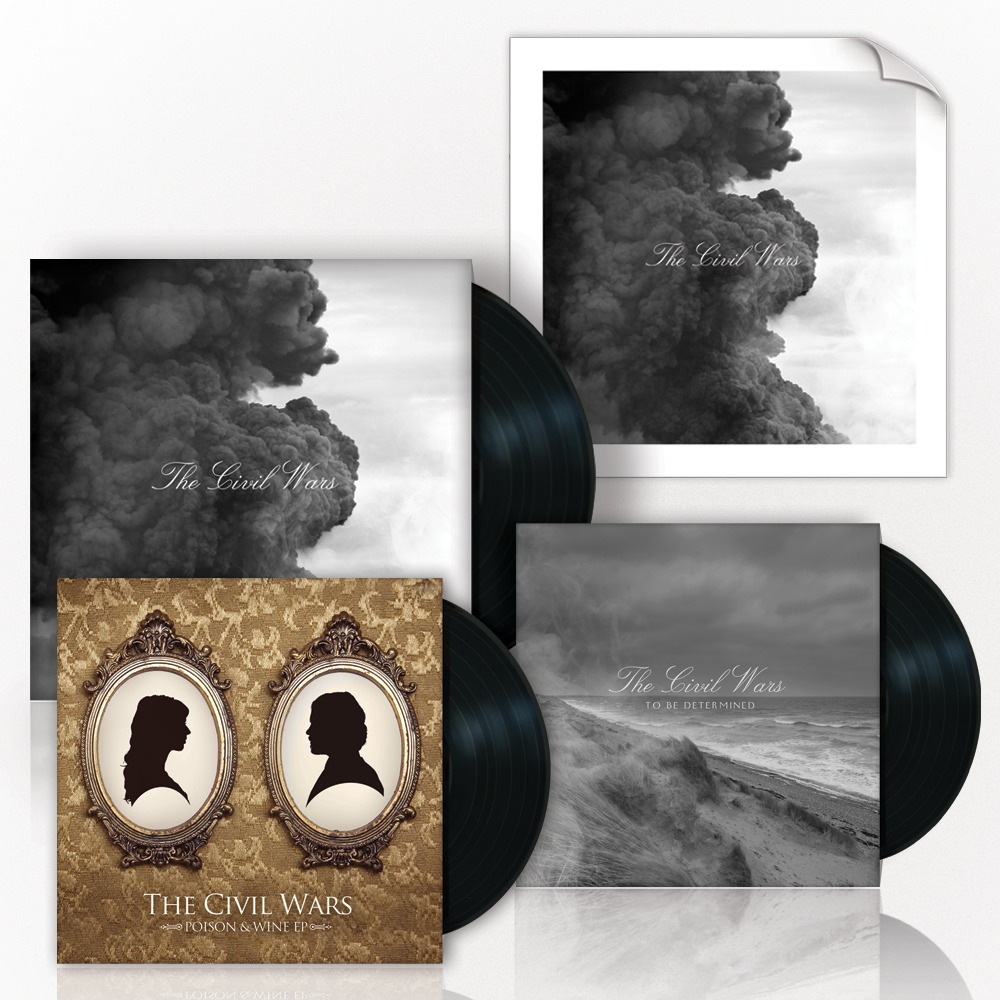 The Civil Wars highly anticipated sophomore self-titled album will be released Tuesday, August 6 on Sensibility Music/Columbia Records and is produced by Charlie Peacock.
This limited collector’s edition bundle includes: The Civil Wars 12″; gatefold 180 gram vinyl LP which also contains a CD of the complete album,Poison & Wine 10″ EP, To Be Determined 10″ EP, and a lithograph.
To Be Determined is an EP exclusive to the official store and comprised of the bonus tracks on Barton Hollow, “Goodbye Girl”, which was released as a digital single and the never before released demo of the song “Marionette”. These two 10″ EPs have never been pressed on vinyl. Also included in the bundle is 12 x 12 lithograph print of the album cover!
You can order a copy HERE.