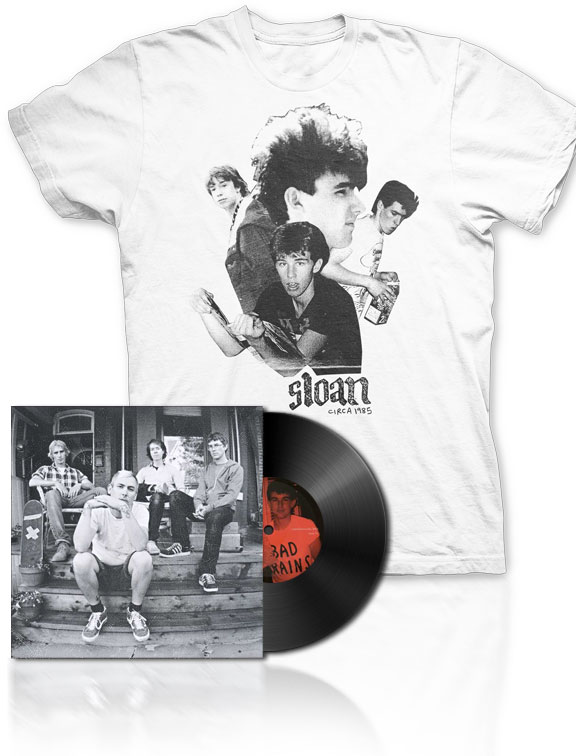 Sloan will release the new limited Hardcore 7-inch single tomorrow exclusively at Sloanmusic.com at Noon EST.
In addition to the two new original songs, Sloan also recorded a dozen covers of hardcore classics that were the soundtrack of their youth. Keeping in the theme, there is also a new t-shirt that represents Sloan circa 1985. All the details are below.