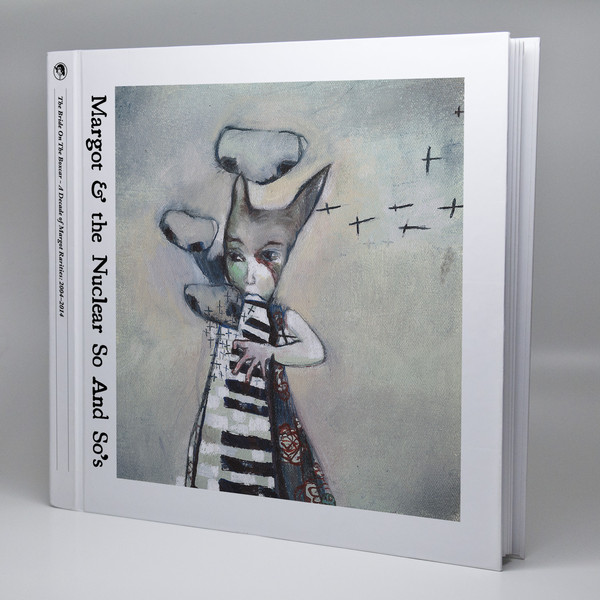 If you are a Margot fan then this set from Joyful Noise Recordings should be a no-brainer. Margot & the Nuclear So and So’s “The Bride On The Boxcar – A Decade Of Margot Rarities: 2004-2014” is an elaborate 5xLP vinyl box set, celebrating the 10-year anniversary of the band.
The one-time pressing of 1000 hand-numbered box sets features five LPs comprised of unreleased album tracks, bedroom recordings, and alternate versions of classic songs – each mirroring one the band’s albums (The Dust of Retreat [2006], Animal! / Not Animal [2008], Buzzard [2010], Rot Gut, Domestic [2012], and Sling Shot To Heaven [2014]).
All 1000 copies are packaged inside an elaborately bound LP book, featuring extensive artwork and photos from throughout the band’s history. There was a really cool color set of this that included a signed flexi postcard which was the first 300 but it went like lightning. If you missed out on the color the black is still available and a must for any Margot fan. The purchase also includes a MP3/WAV download of all 58 tracks.
You can pick up a copy HERE.