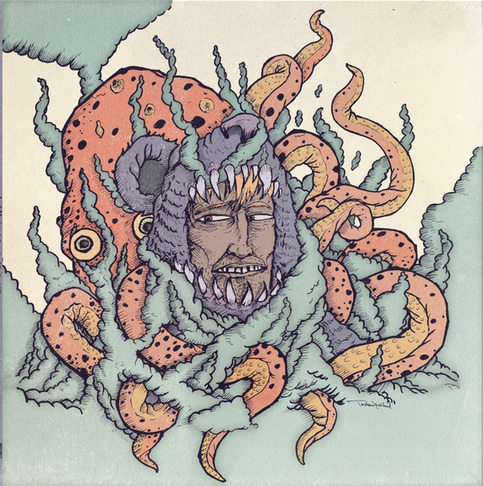 Look Mexico, ever true to their punk rock roots, have announced that they will be releasing their first two EPs, So Byzantine (self-released) and The Crucial (Lujo Records) on vinyl for the first time ever. The album, So Crucialtine is out now and was released on the band’s Holy Hell Records label, which was entirely funded by Kickstarter.
The record can be purchased HERE and features art done by former Look Mexico drummer Joshua Mikel of Shark Guts Designs.