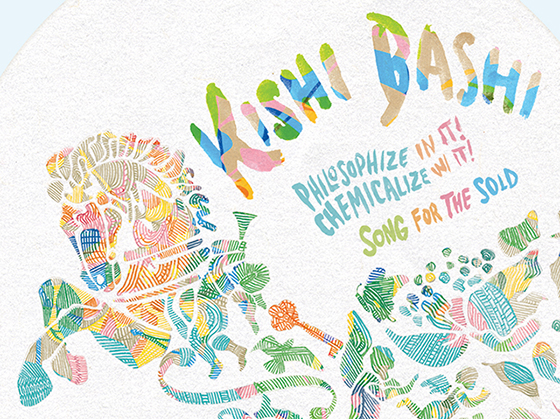 In conjunction with his fall tour, Kishi Bashi is releasing his first new material since “151a” (TFN Review HERE)!
Slated for release on September 10, Philosophize In It! Chemicalize With It! is a limited edition 7″ record containing two brand new tracks. The title track “Philosophize…” is an early recording of a song which will be included on the Kishi Bashi’s highly anticipated second album. The B-Side “Song For The Sold” is another new track, which– aside from a rare Japanese EP– is exclusively available on this 7″ record.
Limited to 1000 hand-numbered copies on clear vinyl with multi-colored splatter (7 separate colors to be exact), this 7″ is ONLY available via the Joyful Noise website HERE and the upcoming Kishi Bashi tour. The purchase includes an instant download of both tracks.