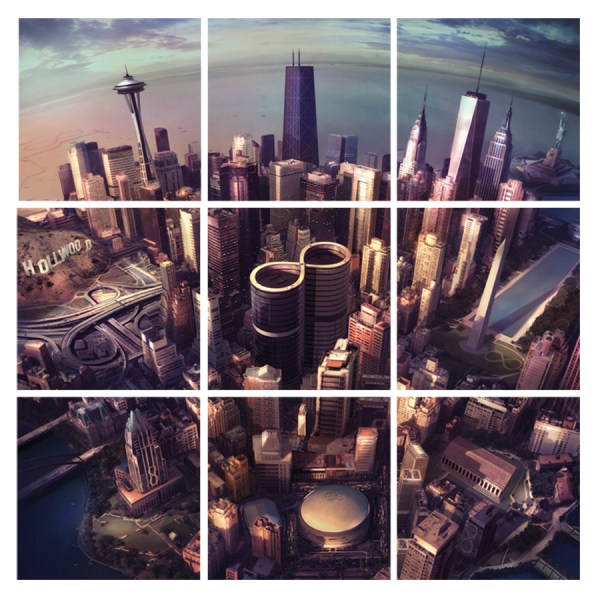 The forthcoming album from Foo Fighters, Sonic Highways, is now up for pre-order at the band’s webstore. The 180-gram vinyl pressing is packaged in a gatefold sleeve, with fans able to pick from nine different covers. The webstore is the only place where you can pick your cover and it’s for the first pressing only. I especially think the NYC and Washington DC covers shine!
The LP has 8 tracks, which are listed below. Sonic Highways will be released on November 11th. You can pick up a copy HERE.
1. Something From Nothing
2. The Feast and The Famine
3. Congregation
4. What Did I Do?/God As My Witness
5. Outside
6. In The Clear
7. Subterranean
8. I Am A River