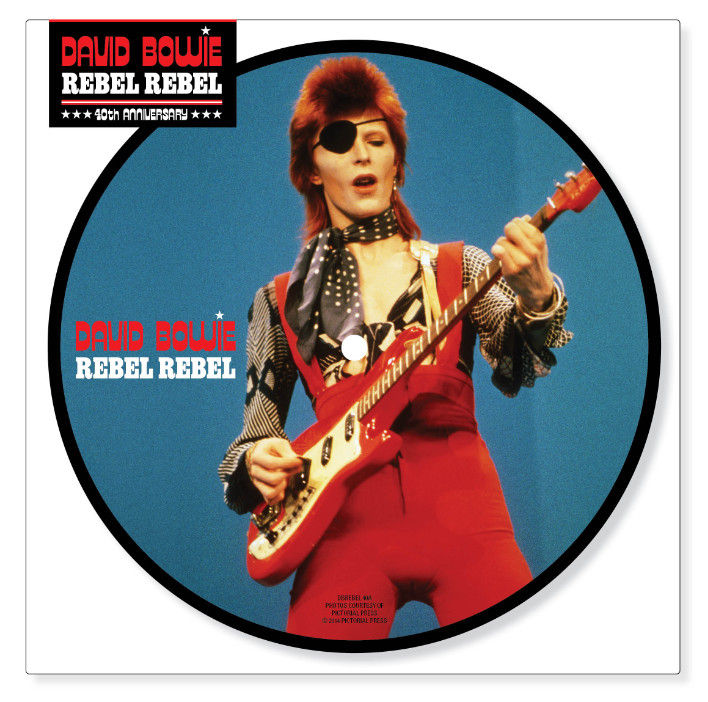 The first DAVID BOWIE release of 2014 will be ‘Rebel Rebel’ the latest in the run of 40th anniversary 7″ picture discs released by Parlophone Records. This will be the 7th 40th anniversary 7″ picture disc released.
The A-side of the limited edition 7″ picture disc features the original single mix of the track which hasn’t been available on 7″ since the early 80’s and is still unavailable on CD to this day. The AA-side has the US Version of “Rebel Rebel” performed entirely by Bowie himself (with Geoff MacCormack supplying congas), this radically different version of the song was released in May 1974 three months after the first issue, but only in the US, Canada and Mexico. 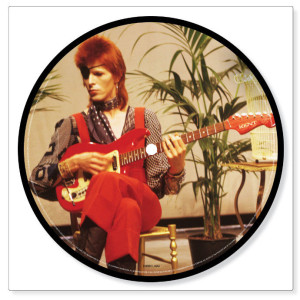 The artwork for the picture disc features two shots from a session that took place in Amsterdam at the television show Top Pop in February 1974. There currently is no informaiton on pressing numbers. You can pre-order a copy HERE.
Tracklisting
A-Side Rebel Rebel (Original single mix)
AA-Side Rebel Rebel (US Version)