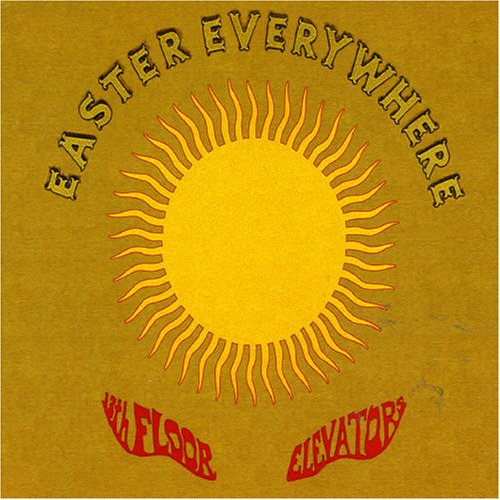 The 13th Floor Elevators 1967 masterpiece on will be pressed on gold vinyl for the first time ever! The strictly limited gold vinyl edition is housed in a facsimile of the striking gold LP sleeve originally released in 1967 by the legendary International Artists label and available only from Rough Trade in-store and online.
Mastered on 180-gram audiophile-quality vinyl from masters mixed to stereo from the original 1967 Andrus Studios session multitracks by IA producer Ray Rush at Autumn Sound Studios during November 1976. The only 13th Floor Elevators LP to make the Billboard chart captures the group at their absolute peak. Released in November 1967, a year after their debut LP ‘Psychedelic Sounds, the band, critics and fans alike consider ‘Easter Everywhere’ to be the Elevator’s finest work. You can find a copy HERE.