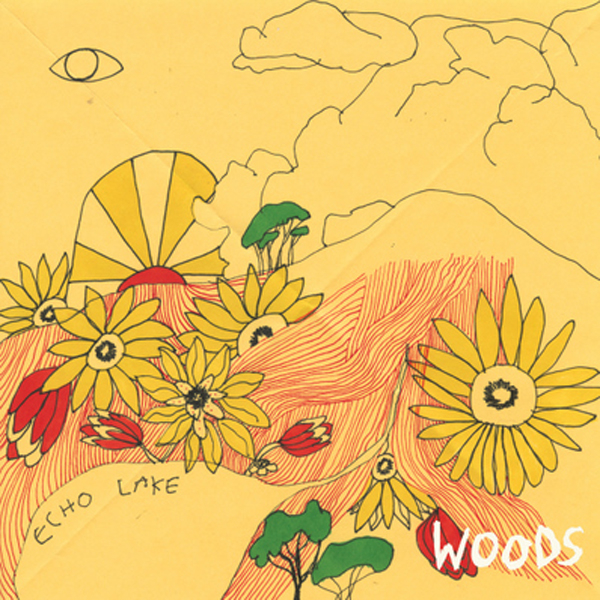 Last year to the day we introduced you to the lo-fi folk tinged songs of Woods and not only did their superbness take us by surprise but the record held up well throughout the year and ended up #24 in our Top 50 of 2009. Well, once again lead by the intriguing vocals of Jeremy Earl, Woods have made a quick return with another record that will actually rival and compete with Songs Of Shame [2009] for top honors of their catalog.

At Echo Lake stays the course and does not change the formula, while offering another enjoyable 30 minutes of lo-fi meets jam band experience and simply does not sound like much else out there on the indie scene today. This unique and simplistic approach comes across very sincere and makes the listener really dive into the songs. Woods also has a remarkable ability to blend this jam band undertone into songs that barley pass the two or three minute mark – basically creating the low key vibe but keeping the record’s pace moving along.

At Echo Lake is a likable record that I guarantee you will become enamored with after just one spin. Woods are definitely in a perfect album groove right now and At Echo Lake shows that the hot streak is not going to slow anytime soon which is great news for us!