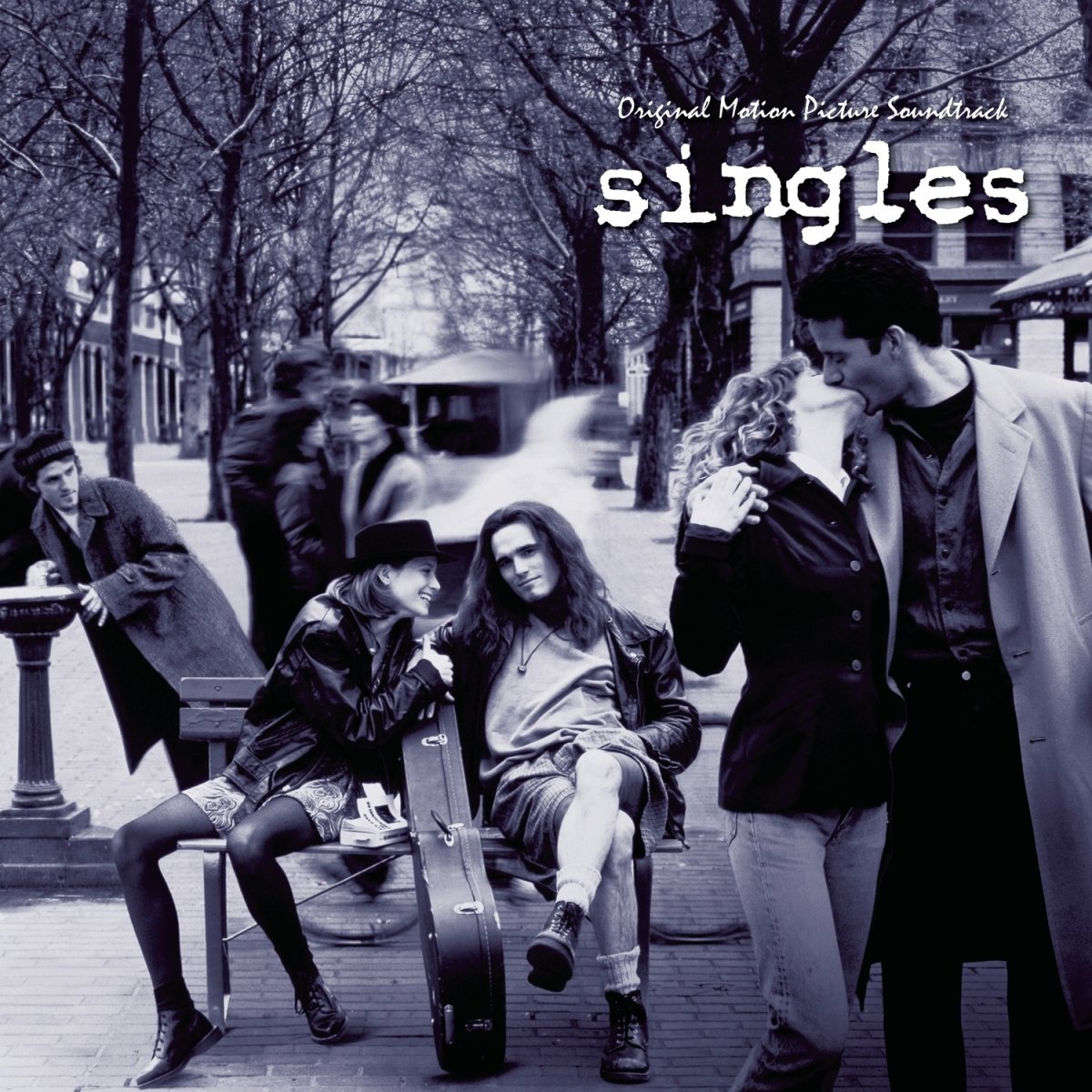 Fire Note Says: The soundtrack that captured a change – This is the story of grunge.
Album Review: There are not many records that capture an era like the Singles Soundtrack. Grunge stormed the scene in 1991 with the explosion of Nirvana, Pearl Jam, Soundgarden and Alice In Chains leading the way. It was a movement that single handedly halted the music world, ended hair bands as we knew them and birthed muscular alt rock radio. Back then, major labels were more important and all of their focus turned and devoured the Pacific Northwest, with Seattle, Washington being the epicenter.
Of course, Singles the movie was like striking while the match was hot with the soundtrack release in the summer of 1992 that included a stellar lineup of this “new” sound. With the one, two, three of “Would?” by Alice In Chains, “Breath” by Pearl Jam, and “Seasons” from Chris Cornell, you get a fresh dose of the Seattle scene and grunge in all its forms in under 15 minutes. The rest of the album embraced Seattle’s past with Jimi Hendrix and The Lovemongers (Ann and Nancy Wilson of Heart), the new lesser known scene acts like the Screaming Trees and Mudhoney, a tribute with the inclusion of Mother Love Bone and then Minneapolis’ Paul Westerberg’s first solo material after The Replacements break up and some band from Chicago – The Smashing Pumpkins. Needless to say, it is still a great listen today. If only they could have snagged a Nirvana track, would it be the ultimate scene collection. Still pretty great though and hard to argue.
The 25th anniversary edition brings 18 bonus tracks to the mix. All of them are worth checking out and more quality support for the scene. It is especially special, with six of them being credited to the recently late Chris Cornell. It really shows how much he was entrenched in this movement. You also get live tracks from Alice In Chains and Soundgarden plus songs from the lesser known Seattle bands Truly and Blood Circus.
The reflecting back when listening to the Singles soundtrack is definitely deeper given the Cornell passing but the music stands up for itself. Grunge was not only a music game changer but features recordings that still ooze the same passion and fever as they did back in the early 90’s. It is scary though, that when you look at the more successful acts and lead singers from the grunge times, there is really only Pearl Jam’s Eddie Vedder that is still with us. Not sure if it says anything about the times, hype, or overnight success, but it for sure emphasizes live in the moment and always remember. The Singles soundtrack captures that spirit and survival within its time capsule and is something that is always worth reliving!
Key Tracks: “Would?” (Alice In Chains) / “Flutter Girl” (Chris Cornell) / “Heart And Lungs” (Truly)
Artists With Similar Fire: Soundgarden / Temple Of The Dog / Green River
Sony/Legacy Recordings
– Reviewed by Christopher Anthony