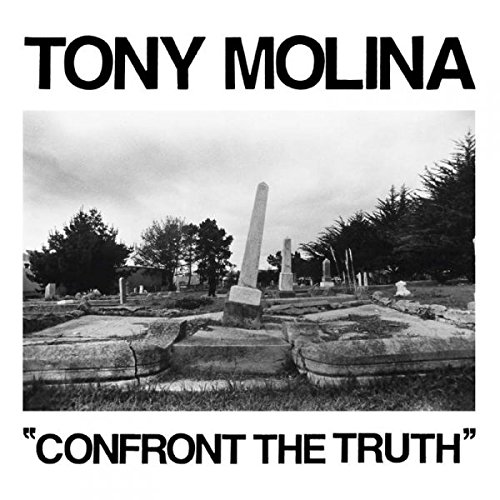 Who: Since 2002, veteran Bay Area musician Tony Molina has played in several bands including Dystrophy, Ovens, Lifetime Problems, and Caged Animal but his recent solo work has really spotlighted his indie talent especially with the release of his excellent Dissed And Dismissed (2013) record.
Sound: Molina typically gives you a mix of guitar and fuzz that contains plenty of hooks but also sounds very DIY lo-fi. Confront the Truth is a complete switch of style with its soft nod to Elliott Smith and The Beatles.
TFN Final Take: The eight offerings on Confront the Truth represent a new approach for Molina. He still delivers them in short bursts, as this record is only 10 minutes long, but the music here is gentle, fragile and carries more emotional weight. The great thing about Confront the Truth is that you get to hear Molina’s true singing voice and guess what – he can really sing! You also will completely get wrapped up in songs like “See Me Fall” and “No One Told Me,” with his haunting vocal performance as he channels an inner Elliott Smith to perfection. I will say that Confront the Truth ends too early for me because every song has more to offer. Its tidiness does keep things simple and it still amazes me how Molina can strike a nerve in 53 seconds. I will easily be ready for his next rocker of a record but Confront the Truth provides the final piece for a 360 look and listen to Molina that he passes with flying colors.