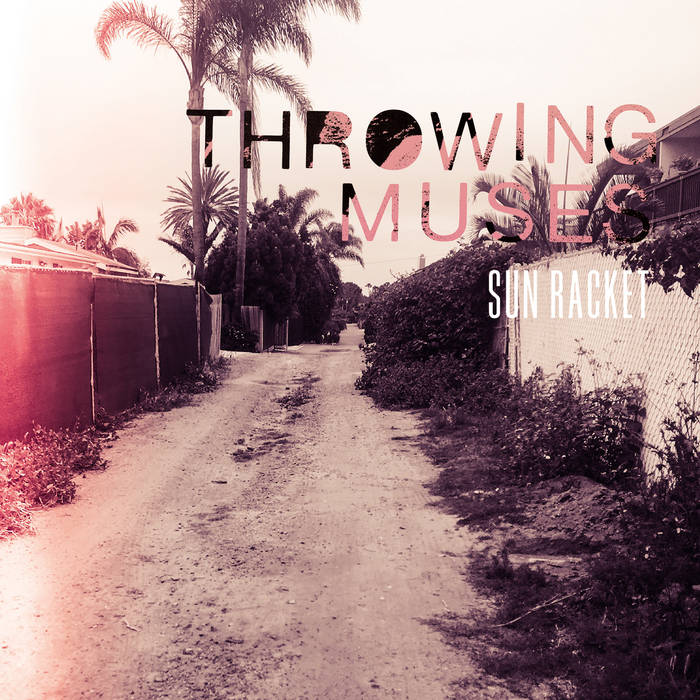 When Kristen Hersh finds a certain metallic tonality on her electric guitar and settles into a steady driving groove with Throwing Muses’ rhythm section of bassist Bernard Georges and drummer David Narcizo, they tend to grind out a truly righteous noisy groove. And here on Sun Racket, the band’s first album in 7 years, they deliver the goods on about half of the record’s 10 tracks. On the opening track, “Dark Blue,” and later in “Bo Diddley Bridge,” “St. Charles,” and “Frosting,” we are reminded of Hersh’s early beginnings with Tanya Donnelly, who went on to start The Breeders with Pixies’ Kim Deal, and all those great 80’s punk rock outfits that were rediscovering noisy rock & roll.

Hersh, who has written often of her struggles with mental illness and PTSD, as she did on her solo album last year, Possible Dust Clouds. Here on Sun Racket, she suggests she wrote these songs in a “fugue state,” and thus has no memory of their composition, which suggests that songs like “Milk at McDonalds” are stream of conscience descriptions of daily events. While “Upstairs Dan” with lyrics that describe how “you keep lushes drunk and drunks lush,” before concluding “and you are a man rare and raging.” While “Kay Catherine” recalls a childhood nursery rhyme as “and you shine/a rosy ring around you,” in “Bywater,” about a goldfish named Freddie Mercury, Hersh’s “la la la” sound like a child’s taunt on the playground. All of which is very curious, a photo snapshot of a moment in time, but not always satisfying in that these moments seem to hang in time without resolution or taking the narrative in any particular direction.

Hersh tends to favor a variety of sounds that recall an electric guitar played through a spinning Leslie speaker, which tends to favor her voice, which she often doubles in the studio, singing harmony over her own voice. Often her rhythms feel a tad sing-songy or stuttery, but on the harder rockers when the band locks in, Throwing Muses come down the tracks like a locomotive and stir up a serious noise to be reckoned with. Those are moments you don’t want to miss.