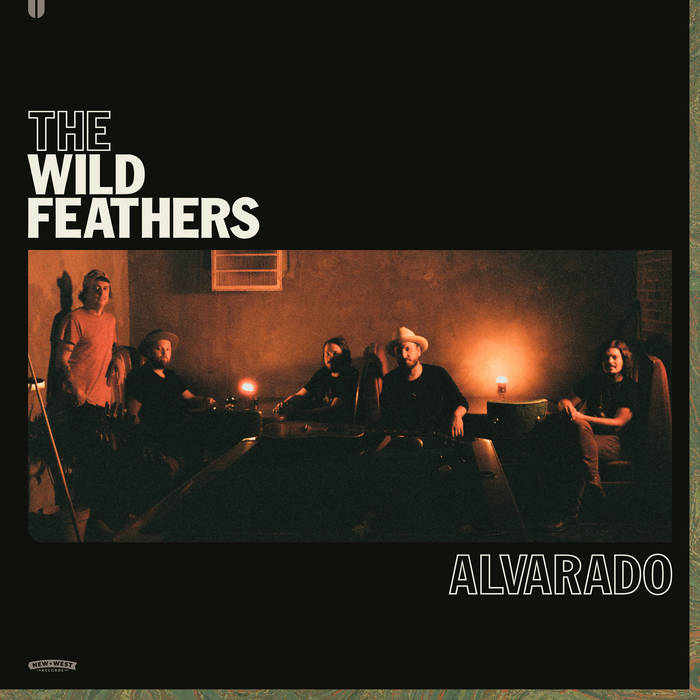 As Nashville’s Wild Feathers entered their second decade as a band, they were more or less forced to pause and reflect on their early successes, like when their 2013 Jay Joyce produced debut rose to number one on the Billboard magazine’s Heatseeker’s chart of up-and-coming acts, and the band’s 2016 live sold-out concert release, Live at the Ryman. The band had already landed opening slots for the likes of Bob Dylan and Willie Nelson, but when their major tour with Blackberry Smoke cancelled in March of 2020, they took the opportunity to look back through their unreleased recordings and pull together a collection for release titled, Medium Rarities. In addition to the album outtakes produced by Joyce, and some overlooked originals that the band produced in-house, they included three covers that hint at the band’s musical influences: “Blue” by the Jayhawks (produced by Dave Cobb), “Almost Cut My Hair” by CSN&Y, and “Guitar Man” by Bread. That exercise also surfaced the 8-year-old song “Alvarado,” which would become the lead track for their new, self-produced album of the same name.

Freshly focused on what the Wild Feathers can manage on their own, with out the influence or interference of major label gatekeepers, the band headed out to a country cabin northeast of Nashville and got back to how they made music together when they were just starting out. The album’s first single, “Ain’t Lookin’,” is built around a classic rock guitar hook, and a hot, fun groove that gives the band’s three singer/guitarists plenty of room to play. Similarly, “Out on the Road,” sits on top a Southern boogie rhythm that feels coopted from CCR, and it’s a standard humble brag about the challenges of the life of a traveling musician that of course includes sleeping with random women and drinking lots of beer. It’s the kind of song that makes teenage boys pick up a guitar and start learning how to play in hopes of living out the song’s fantasies. Ricky Young, Joel King, and Taylor Burns blend their voices and guitars across the album’s 12 tracks following the road maps laid down by the likes of The Eagles, Tom Petty & the Heartbreakers, and a host of other acts that mix Southern rock, Americana and rock & roll influences into a pleasant if at times predictable blend.

Of course, the other side of that coin is acknowledging Wild Feathers’ reliable knack for delivering catchy melodic pop with plenty of important classic rock connections, like the tasty double lead guitars here and there, and just the right amount of variety, like the funky drum intro to “Long Shot,” and choice harmonica fills. “Flashback” leans toward acoustic guitars, and the set closing “Another Sunny Day” is pure country rock twang and sweet vocal harmonies to match the slide guitar and acoustic soloing. And there’s no denying the swinging bassline that drives “Side Street Shakedown,” which leaves plenty of room on top for the street-smart vocals and soaring guitar licks. The Wild Feathers are primed and ready to deliver the same solid rocking chops that they grew up listening to for the next generation of American rock & roll fans. There’s an undeniable formula at work here, but it’s clearly a winning formula for a reason. At this point, The Wild Feathers haven’t reinvented the wheel, but they’ve delivered a record that makes all the rounds quite effectively, and someday, to borrow a song title, if they can “Get Out of My Own Way,” they could actually create something as artful, original and fresh as the band’s they now so admirably emulate. Here and there, and now and then, in Alvarado there’s a spark that suggests they have it in them.