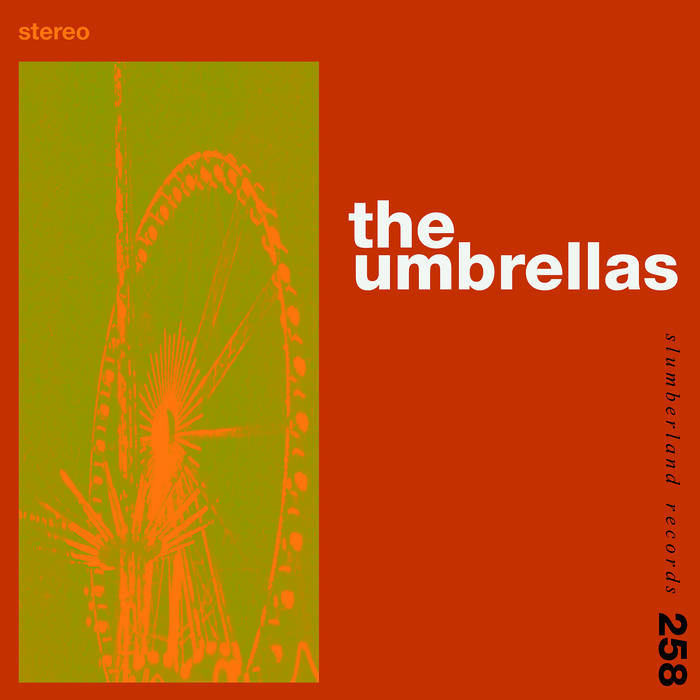 The San Francisco bay area has long been an place where jangly indie pop has soared from 90’s groups The Aislers Set and The Fairways to the more recent bands like The Mantles and The Reds, Pinks & Purples. Now you can add The Umbrellas to the current contemporary list as their self-titled debut contains all the right ingredients to fit into the genre while the vocals of Matt Ferrara and Morgan Stanley play off each other as the male/female leads balance each of these tracks very similar to the successful Belle & Sebastian formula.

The Umbrellas record has a very innocent early 90s vibe to it. The jangle indie pop they play is very reminiscent of The Springfields while their foot tapping low aggression guitar keeps things light and Stanley’s vocals play a bit more like Velocity Girl. The band is very tight in their transitions which makes every song snap but the chords come off simple. You can always hear the vocals as they sit out front which puts nice highlights on their voices as the two leads play back n forth during opener “Lonely” which is an album highlight. On another stand out song, “She Buys Herself Flowers” the instruments almost completely turn off in the last third as The Umbrellas just leave Stanley’s singing as the only instrument and it turns out incredibly catchy. Smart inner song sequences like these are hidden throughout the album and really help each song differentiate itself.

The one thing I didn’t really hear on this debut is a singular track that will instantly hook you. Some come close and as a whole, the album is entertaining but without it The Umbrellas can easily fly under the radar. It you do like new indie pop this would be a record for you. The Umbrellas debut is a sincere, composed and fresh take on older genre that finds the band full of energy with spot on transitions. You can hear their appeal as The Umbrellas made a perfect end of the summer album – so let them in and enjoy.