The Tallest Man On Earth: Too Late For Edelweiss [Album Review] 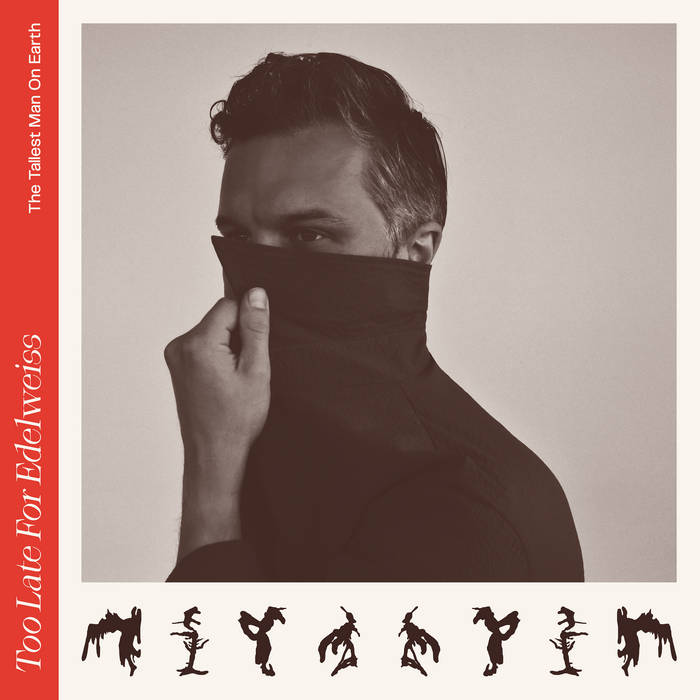 The Tallest Man On Earth
Too Late For Edelweiss
ANTI- [2022]

Swedish folk singer/songwriter Kristian Matsson performs under the moniker The Tallest Man on Earth, and Too Late for Edelweiss is his sixth full-length album, this one entirely made up of covers of songs written by other artists. Singing with just an acoustic guitar tends to get one compared to the likes of Bob Dylan, but Matsson has recorded timely singles of “I Want You” and Paul Simon’s “Graceland,” and acknowledged seeking out earlier folk influences like Pete Seeger and Woody Guthrie, as well as being influenced by Emmylou Harris, Feist, and Cat Power, while his guitar playing has been informed by Nick Drake who introduced the idea of opening tunings.

You can learn a lot about an artist by the covers they’ve chosen, and whether they merely try to copy the original or bring something of their own into their reading of the song. Well, except for those poor folk playing in bars where they are forced to play well-known hits and requests, and inevitably end up serving a generic version of “Brown Eyed Girl” or anything by Jimmy Buffett. Matsson has not only brought together a rich catalog of curious song choices, but clearly delivers them in his own voice, letting his own appreciation for the song shine through in his singing and playing, and choosing songs that are less familiar for the most part.

He opens the ten-song collection with the title track, written by fellow Swedish musician Hakan Hellstrom, singing “For sent for Edelweiss” in their native tongue. Two of the older folk classics come from Hank Williams and Ralph Stanley, “Lost Highway” and “Little Birdie” respectively, the second one with fast bluegrass picking that sounds as if it could be on banjo. In that tradition, Matsson does a really good job with “Metal Firecracker,” a less-well-known song by Lucinda Williams from the backside of her classic album Car Wheels on a Gravel Road. “Fairest of the Seasons” is another rare song, this one by Jackson Browne, given to and sung by his girlfriend Nico, of the Velvet Underground, for her solo debut before Browne even had his own recording contract.

Matsson also delivers a few obscure pieces from some of the more interesting alternative rock acts on the scene. “Blood Bank” by Bon Iver from his EP of the same name gets the folk song treatment, the same for the saddest of break-up songs from The National, “Pink Rabbits,” which has the vaguest hint of a harmonica, and Yo La Tengo’s “Tears Are In Your Eyes.” Sad love songs all, and delivered as such. The most obscure choice here is “Then You Can Tell Me Goodbye,” from a Cincinnati doo-wop band, The Casinos, which rose to No. 6 on the national Billboard Hot 100 Chart in 1967, while the best-known song here is John Lennon’s “In My Life,” performed with live birds singing in the background, and delivered in Matsson’s most personally engaged vocal performance. This enjoyable collection of covers, will no doubt stir the interest of many listeners in the original songs and recordings of The Tallest Man on Earth.