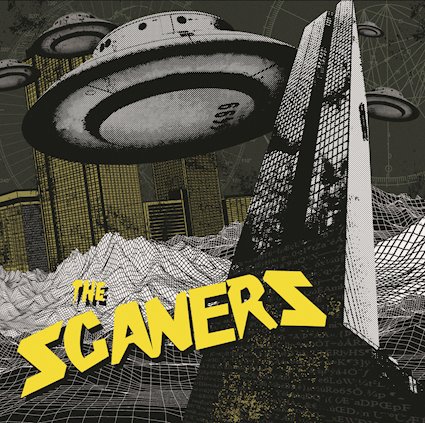 Who: French gonzo-synth punks and intergalactic scuzzball house band, The Scaners return just a year later after their debut with II.
Sound: Synth punk rock that has both the intergalactic connections of Man Or Astro-Man? and the 1,2,3,4 of the Ramones.
TFN Final Take: The Scaners have quickly returned with album number II after their debut came out just last year. The band does not do much to shake up their planetary assault on these new 12 tracks and that is perfectly fine because they offer a solid slice of punk rock which sometimes reminds me of the Lookout! Records days with bands like The Queers and Screeching Weasel.
Clearly there is a theme with song titles like “Please Abduct Me,” “Mars Attacks,” and “Don’t Run, We’re Your Friends” but that cosmic connection keeps the energy and fun running high with The Scaners. The band plays quick, tight and sharp which is why II is an addictive listen along with call outs that typically repeat the title of the song.
In theory, this is an easy record to pull off but delivering at this high catchy plain takes II to the next level. At the end of the day, The Scaners rock this record out and it is the perfect pick up if you are looking for something new and in this genre. Also, who knows – it just may give you right advise should first contact happen!
The Scaners Website
The Scaners Facebook
Dirty Water Records
– Reviewed by Christopher Anthony