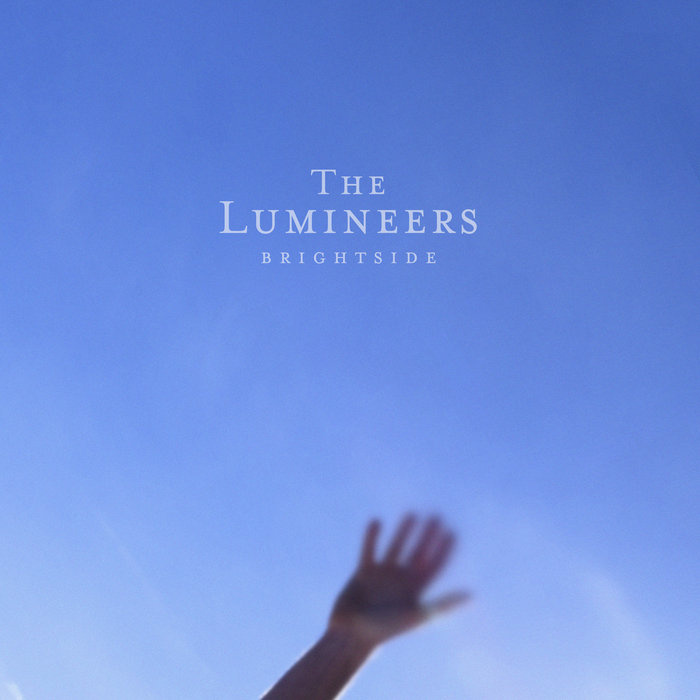 Aside from The Lumineers break out hit, “Ho Hey,” with the novelty impact of the regular shouts of the title,” the band’s airplay singles like “Stubborn Love” and “Ophelia” have relied on catchy melodies and the warm appeal of Wayne Schultz’s voice to lift their relatively simple folk rock songs above the noisy clamor of pop and rock music fads. After cellist and backing vocalist Neyla Pekarek left the band before their last album, III, () Schultz and multi-instrumentalist Jeremiah Fraites got support both live in the studio from Byron Issacs on bass, Lauren Jacobs on strings, and a few others to flesh out their sound. But here on the band’s fourth studio work, BRIGHTSIDE, the duo has kept things close, quieter, and more intimate.

The title track opens the relatively brief album – 9 songs, one of which is a reprisal, tracking at 30 minutes – with a grungy, electric slow rocker that attempts to offer a positive take on a relationship in spite of being surrounded by challenging circumstances. The electric rhythm guitar doesn’t return until “Never Really Mind,” where it’s practically the sole instrumentation as the singer comes to the realization that this “love was not designed for time,” until the repeated bridge “don’t you fade away” builds with drums and backing vocals for the last verse and chorus. Elsewhere, “A.M. Radio” is song gently over a subtle acoustic guitar until the piano and drums fall in half way through, while the even moodier “Rollercoaster” is supported only by a gentle piano for it’s entirety.

In the last one, “everyone is holding on for dear life,” The Lumineers appear to take on the struggle of the pandemic using the rollercoaster as an obvious metaphor for the ups and downs of our current news cycles and our ongoing political divisions, while “everyone was dyin’ to live.” “Where We Are” tells of surviving a dangerous car accident, with the affirming sense that “I don’t know where we are, but it will be okay.” Meanwhile, the best pop song on the album, “Birthday,’ which hints at Beatles’ influences, offers the catchy sense of hope that “it’s alright, it’s alright, it’s alright, it’s your birthday, dear.” Write about half a dozen more like that, and maybe you’d have a full album folk could celebrate but so far, The Lumineers have relied on the familiar feel and tone of their accessible folk/pop sounds and one has to wonder how long that will be enough.