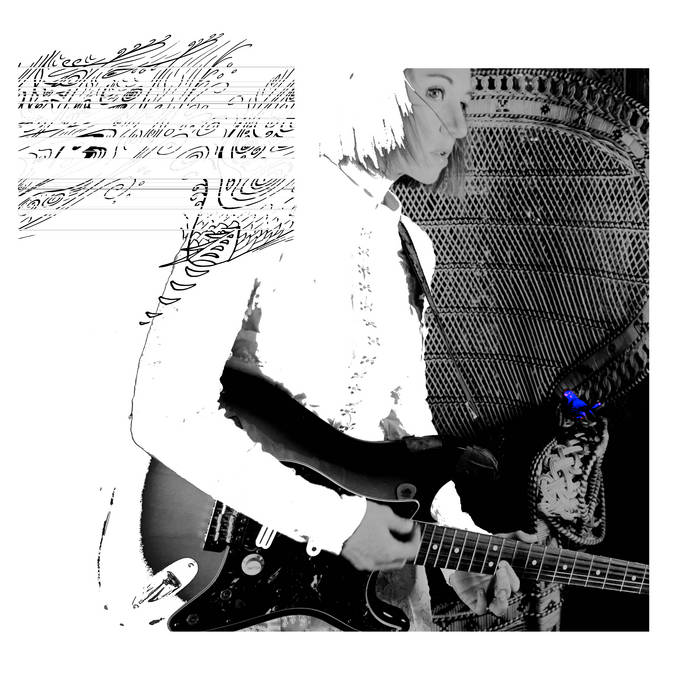 The Joy Formidable
Into The Blue
Hassle Records [2021]

On its 5th full-length release, Welsh alternative rockers The Joy Formidable continue to deliver on The Big Roar, the title of its 2011 debut. A decade later on Into The Blue, the trio continue to evolve beyond their influences by wall-of-distortion shoegaze bands like My Bloody Valentine and the bold riffs of post-punk alt rockers like Siouxsie and The Banshees. The opening title track utilizes the soft/loud motif that worked so effectively for Nirvana, but on big rocking tracks like “Chimes,” “Sevier” and “Bring It Back to the Front,” the songs hang on big, noisy chunks of metallic guitar and a driving rhythm section, and for fun, “Farrago” benefits from a big guitar explosion that sounds a bit like an elephant’s trumpet, mimicking sounds pioneered by Adrian Belew and given prominence on The Breeder’s big hit, “Cannonball.”

The trio – led by the formidable guitar skills of lead vocalist Rhiannon “Ritzy” Bryan, bassist Rhydian Davies, and drummer Matthew Thomas – formed in their hometown of Mold, of all places, but have moved to London. Throughout Into The Blue, they’ve judiciously added keyboards, synths and rhythm loops adding a smart atmospheric swirl to the proceedings, making for smart rhythmic changes of pace, but never detracting from the compelling energy that drives this band, that intense guitar sound from Bryan. On “Somewhere Now,” there’s an intricately played acoustic guitar, with Davies offering the lead vocal, breaking up the denser, electric, electronic feel that dominates elsewhere. “Gotta Feed My Dog,” with Bryan whispering the lyrics, leans strongly toward the electronic keyboards, another playful piece that breaks open to some serious guitar shredding mid-track, which seems designed to express the band’s lighter side.

“Sevier” draws its name from a river in Utah, where the band currently resides, but elicits a siren sound, no doubt matching the intensity of the severe terrain. “Interval,” one of the album’s more intricate pieces, finds the singer at a “crossroads,” dealing with life’s tensions and changes. The Joy Formidable continue to impress with a sound that demands to be taken seriously, a creative spark that is both compelling, and a solid work in Into The Blue that leaves this listener looking for more.

Artists With Similar Fire: Siouxsie and The Banshees / My Bloody Valentine / Arcade Fire